Zico’s recent guerilla date has exposed his uncanny way of hugging a fan girl. In the presence of her own boyfriend! 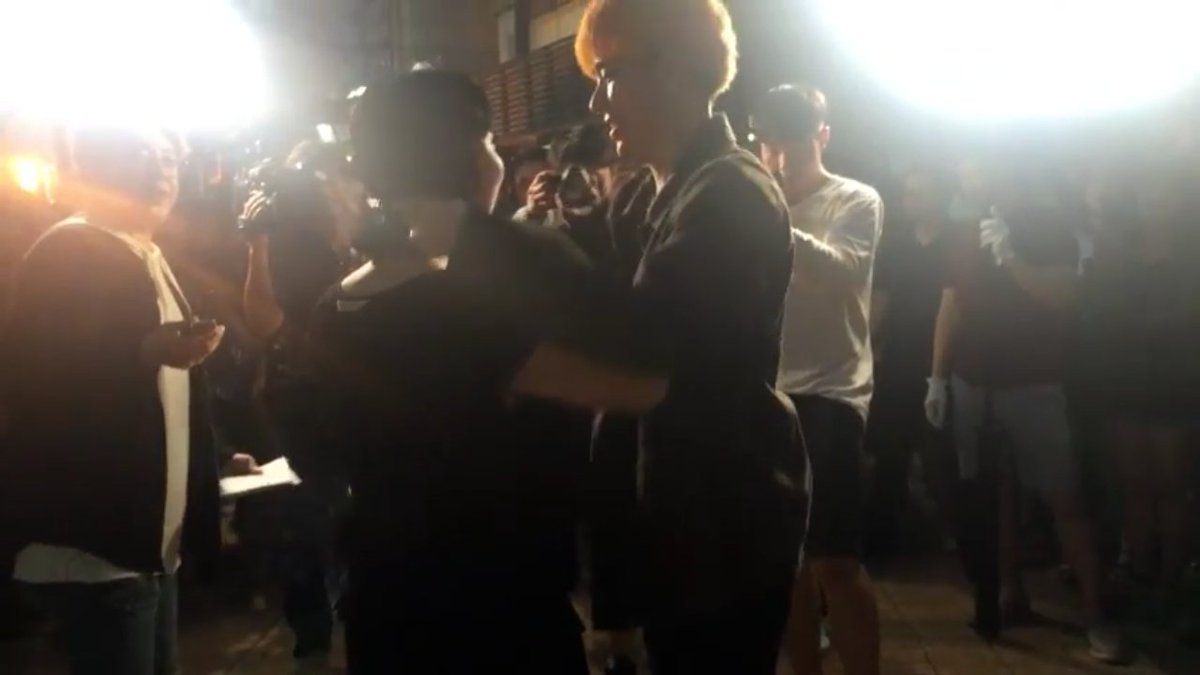 The Block B member recently had a surprise filming for a program shot in Hongdae, South Korea. 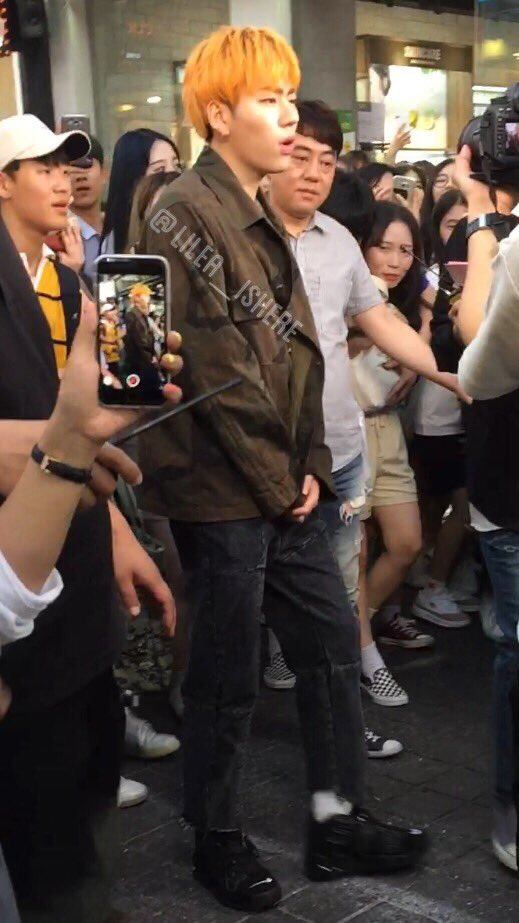 As the filming continued, Zico approached a couple for a bit of a chat while the fan’s boyfriend appeared to be in a playful but jealous mood.

Although Zico was meant to offer a fan service towards the woman, her boyfriend playfully prevented any form of skinship between them. Even with just a handshake!

When the idea of a hug came, the boyfriend still went in between of the two. As a compromise, Zico hugged the fan girl through her boyfriend.

Which meant, the boyfriend got a back hug from Zico himself! 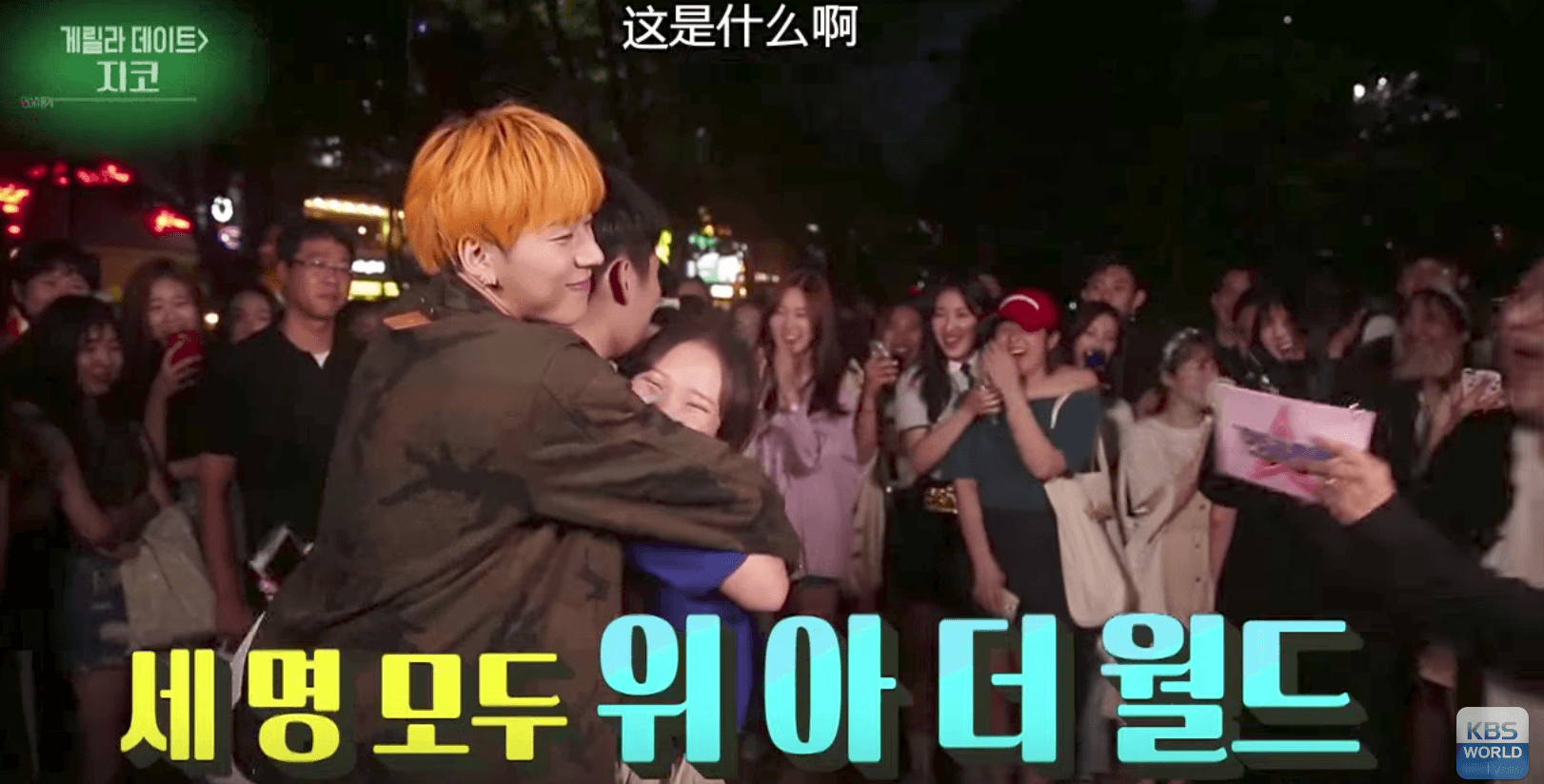