A Chinese woman parked her car in front of the property developer’s office and got the ultimate payback. 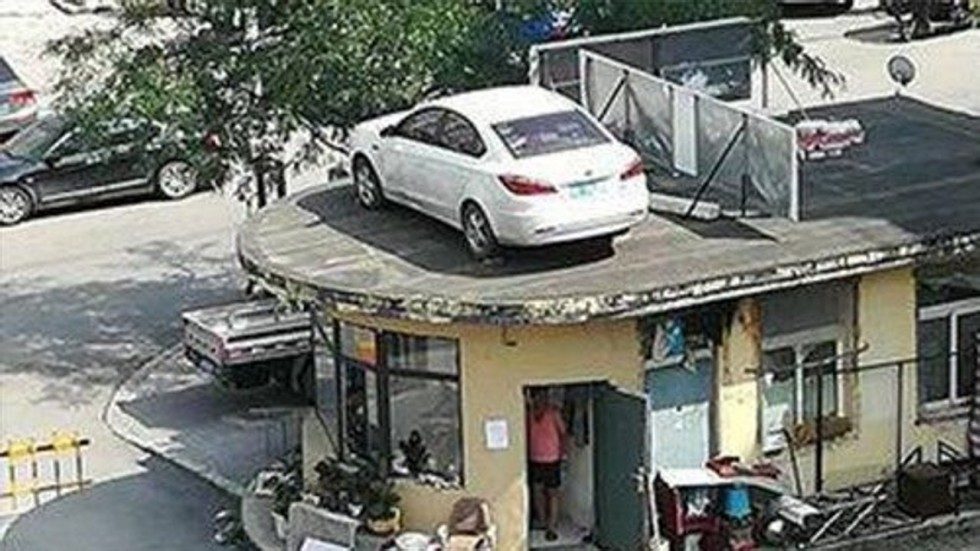 Due to her car being parked there, other cars couldn’t enter the parking lot for the property developer.

The security guard decided to politely ask the woman to move her car, but she ignored him and went about her business.

When she came back, however, she got the shock of her life to see her car on the roof of the office.

The security guard explained that he called a crane to move her car since she didn’t move it herself. 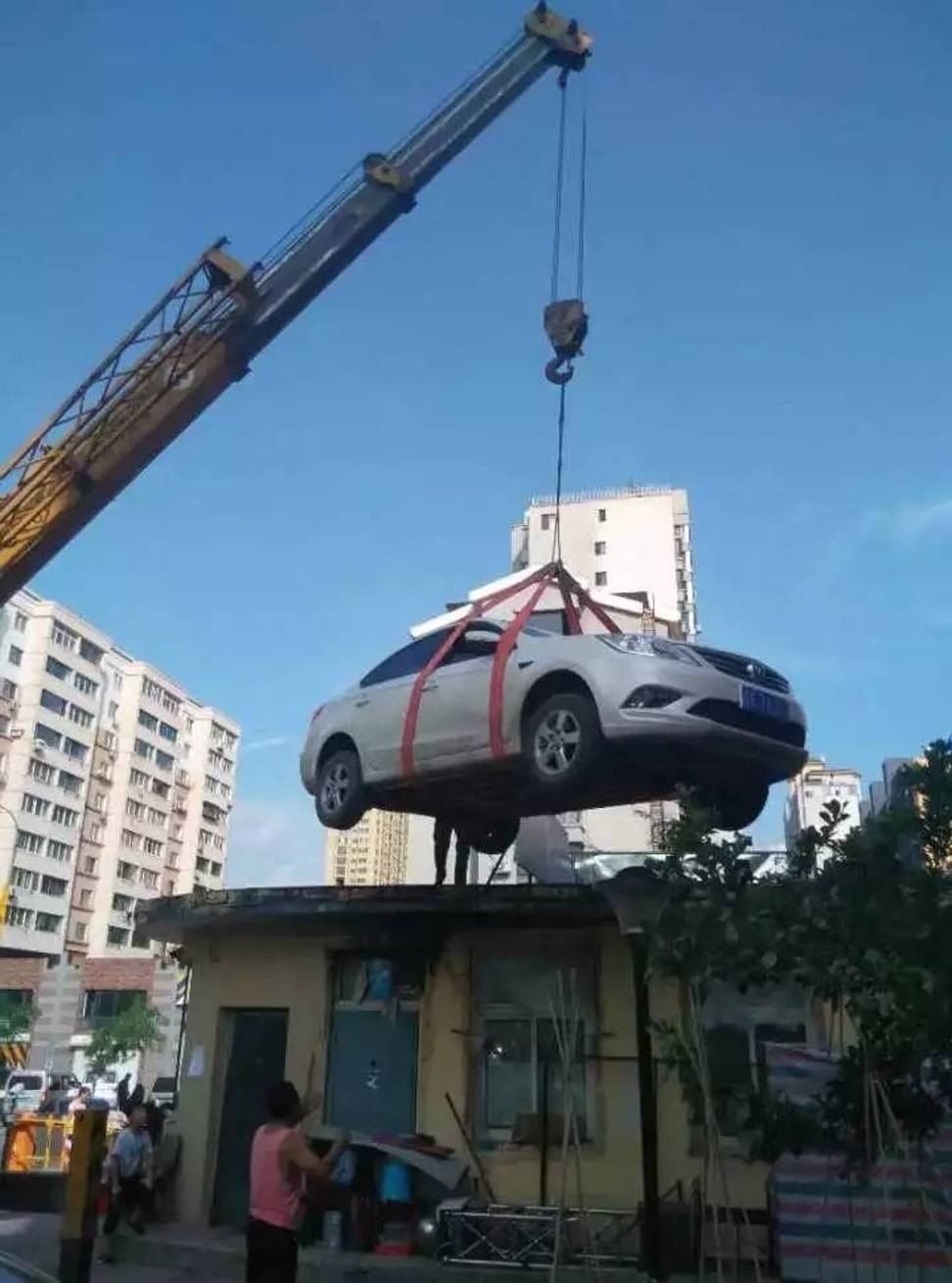 The woman called the police and the situation was resolved, yet whoever paid the crane fee remains unclear.