JYP’s TWICE and YG’s BLACKPINK have been spotted showing off their close friendship on multiple occasions to the delight of fans.

TWICE and BLACKPINK are unarguably two of the most trending female groups in K-pop these days. TWICE won first place on the November 6th episode of Inkigayo and the members of TWICE and BLACKPINK were seen hugging each other in celebration.

It was revealed that Nayeon of TWICE and Jisoo and Jenny of BLACKPINK have been close friends since their pre-debut days. They continue to keep in touch regularly even with their busy schedules. 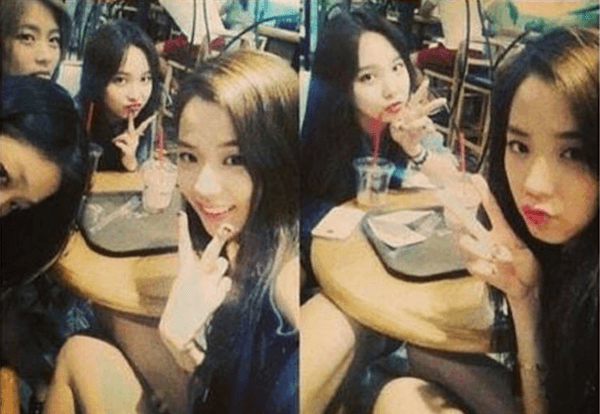 The two groups have been seen interacting during other music show episodes as well.

It has been a busy year for both groups. TWICE continues their first place streak with their current title track “TT.” BLACKPINK won the Best New Artist Award at the Melon Music Awards 2016 held on November 19th.