Taeyang expressed his feelings by writing a letter to T.O.P who’s currently in the army.

T.O.P. is currently at the “Nonsan Bootcamp Army Base” serving his initial army training. It’s been nearly four weeks since he enlisted and there are roughly two weeks left before he’s finally placed in the “National Police Force.”

While serving in the military, relatives and friends can write physical letters to the soldiers at the army base. Another option is to use the online letter function at the boot camp’s official website.

Taeyang wrote a letter on February 28 with the following title: “보고싶어” which means “I miss you” in Korean. 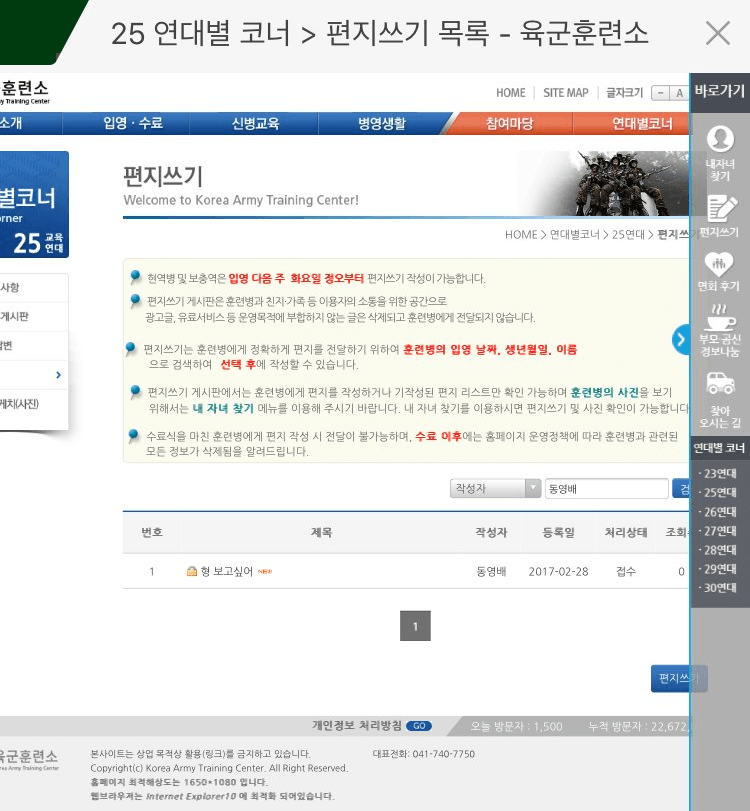 On the official website, one can see that Taeyang wrote it because the post’s author is listed as “동영배” – Dong Young Bae, the Korean name of Taeyang.

Unfortunately, no one can see the contents of the letter but the recipient, T.O.P. He will be able to read it when it gets delivered to him by the designated messenger soldier in the base.

Even though the contents can’t be read, it can be assumed that Taeyang wrote a heartfelt letter as the title already was simple enough to flutter fan’s hearts.