Red Velvet‘s Wendy recently sat down and discussed her concerns about weight.

K-pop idols have to deal with a lot of stress due to the strict beauty standards within the industry. These standards include maintaining a slim body, and applies to both male and female idols.

While maintaining weight comes naturally to many idols, others struggle to do so and have to resort to extreme diets. But while dieting and maintaining weight has definitely become one of the top obstacles for idols, Wendy believes it shouldn’t be.

On a recent talk show segment regarding the guests’ current concerns, the topic of weight was brought up into the discussion. Wendy responded to show host Han Hye Jeon‘s concerns, by saying ” I feel that I don’t think things such as weight are that important. I think being healthy is sufficient. Also, I think it’s really pretty when women are confident.”

Wendy went on to further explain her feelings on weight loss and appearance, and what makes a person attractive.  She added, “There are many women who are healthy and have so much confidence when they walk, and I think that is really cool. Hence no matter how people’s outer appearance and no matter how they are, we overlook these kind of things because that is just so cool. For me, I really thank that is great.”
Because Wendy was spotlighted for her rapid weight loss earlier this year, concerns for her health surfaced. But in response, she reassured everyone that her weight loss was by choice, and even revealed her diet and exercise plan to prove that everything she was doing was healthy. 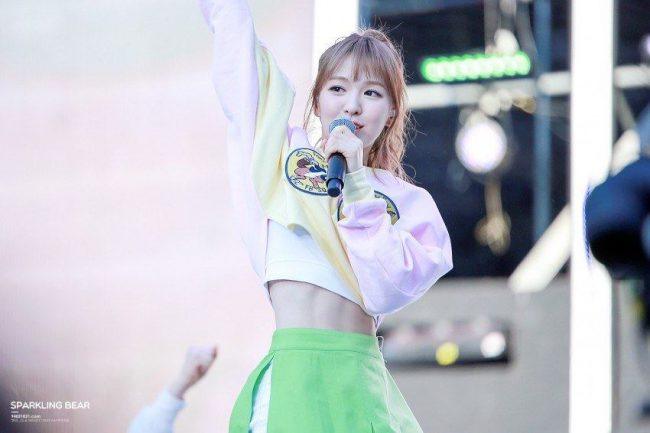