A fan received a cookie from SUM Market after purchasing an album from the store.

To her surprise, she found maggots from the cookie only after almost eating the whole biscuit.

“S**t. SM go die. A bug came out of the cookie. I didn’t even know and found out when I was almost done.” 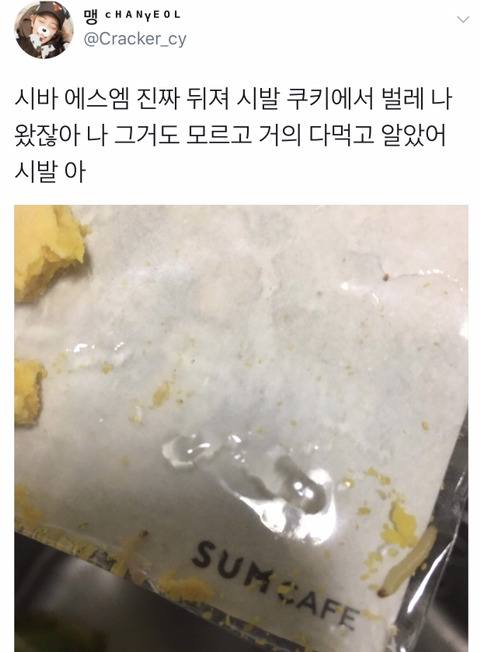 The cookie is a SUM Cafe product, which is SM Entertainment’s café branch. 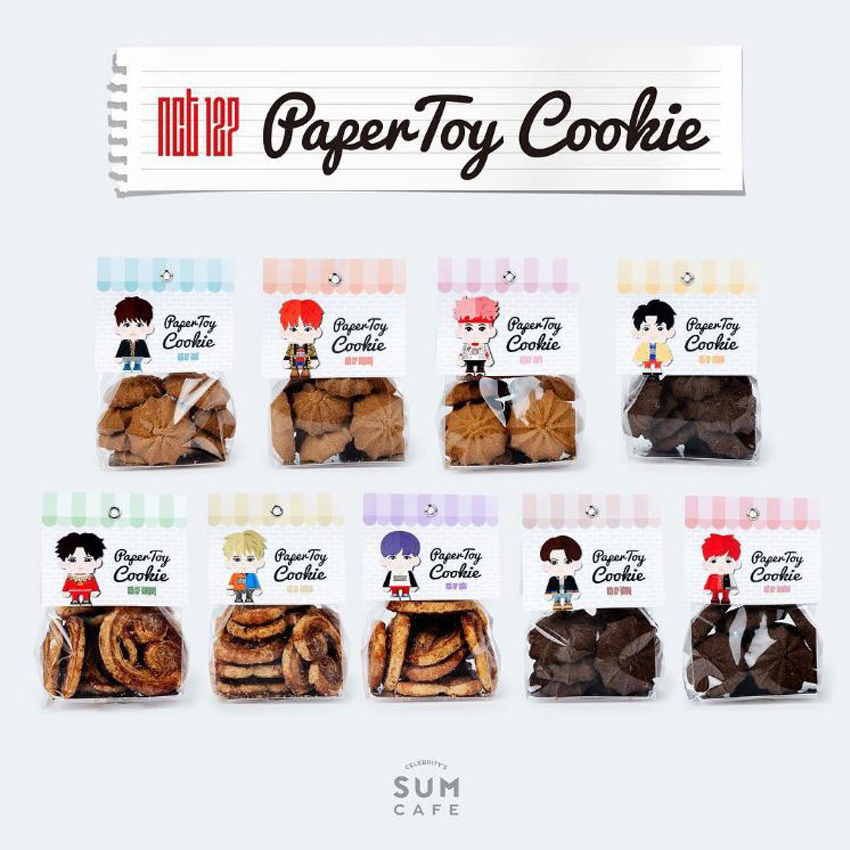 After posting about the incident on social media, other customers revealed that they had trouble with SUM products before too.

“[Bugs] came out of the NCT ones too”

“Omg… tell me it wasn’t a rumor… last time someone found a knife in the apple cookie, but it was ruled as false…”

Fans of the company are trying not to blame SM Entertainment but the factory that produced these cookies. 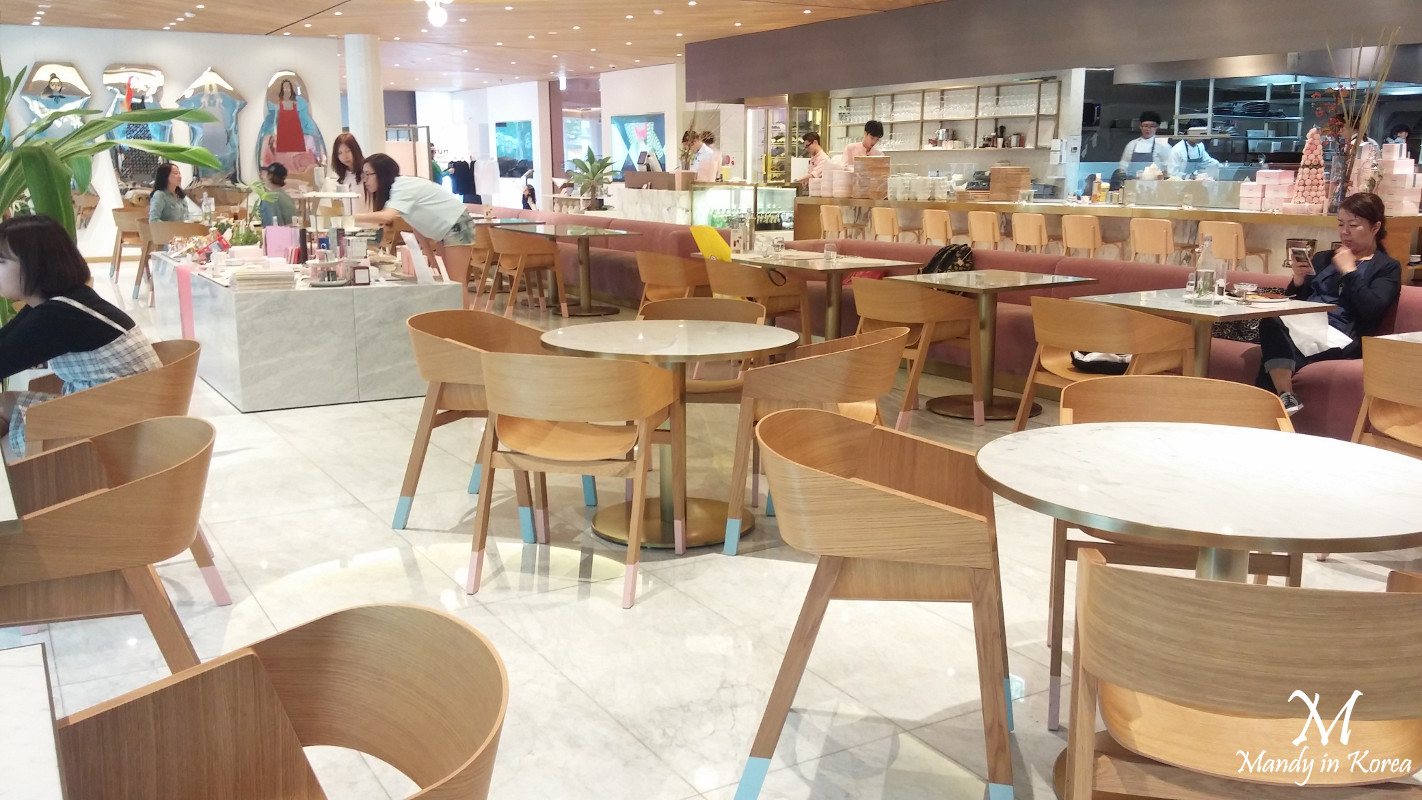 SM Entertainment has yet to comment on the issue.