For example, netizens were shocked to discover the contents of messages from a netizen to athlete Son Yeon Jae. The netizen sent a series of sexual and degrading tweets to the rhythmic gymnast, such making comments on her private parts and telling her what he wants to do to her. After seeing the Twitter posts, many netizens have applauded Son Yeon Jae for taking legal action 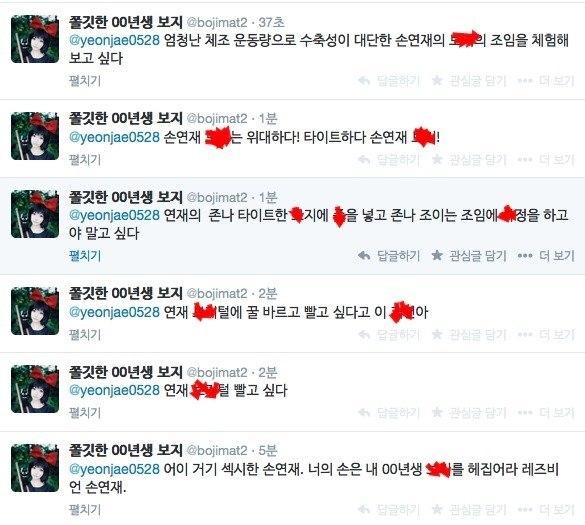