Presenting the first Robocop..er..Robo-guard! A prison in South Korea became the first in the world to field test robotic prison guards, and you own’t believe what they can do.

Tested at the Pohang prison in 2012, these “robo-guards” are approximately 5-foot-tall, armed with thick rubber wheels, a number of cameras, microphone, and speaker, and are programmed to self-patrol the hallways of the prison blocks. 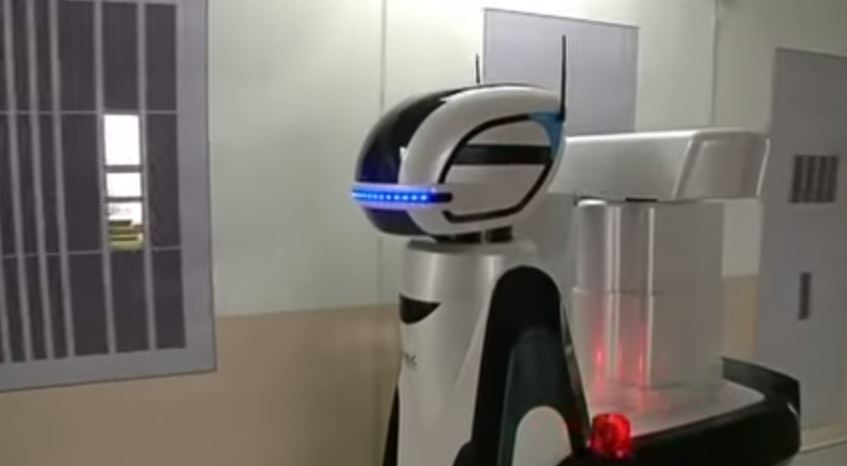 How do they make their way around, you ask? Navigation tags are aligned along the corridors’ ceilings, but they are also supervised by actual humans and can be controlled through iPads if need be.

But what’s the point of having a robot guard if a human is going to control it from behind-the-scenes anyways?

Well, these “robo-guards” are also programmed with a pattern recognition algorithm, allowing it to recognize any harmful or out-of-the-ordinary behaviors from prisoners, including suicide attempt, assault, or arson, in which the robot then proceeds to alert an officer to respond. In less dire situations, officers and inmates can communicate through the robot itself in real-time, meaning response time is sped up immensely. 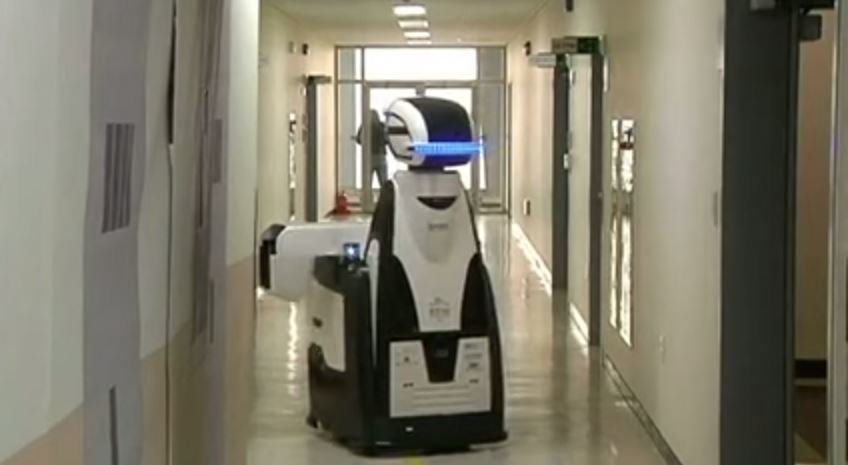 Lee Baik Chul, the chairman of the Asian Forum For Correction was quoted saying, “The purpose to develop this kind of robot is to secure prisoner’s life and safety, and to decrease the workload of correctional officers in a poor working environment.”

At the moment, these robots are not designed to physically confront inmates. But, designers say that the next step is to have these “robo-guards” conduct body searches.

The way to the future with robot guards may be coming sooner than we think.