Japanese men are starting to wear men’s brassieres as a means to alleviate stress.

This episode of Non-Summit asked their global panel to share what are considered “small luxuries” in their respective home countries. For example in Italy, small pastries at bakeries were considered a small luxury, while lottery tickets and scratchers were the equivalent in Mexico.

Ogi Hitoshi revealed that men’s brassieres were considered a small luxury in Japan, as they gave men a feeling of comfort, as the brassiere wrapped snugly around their chest. 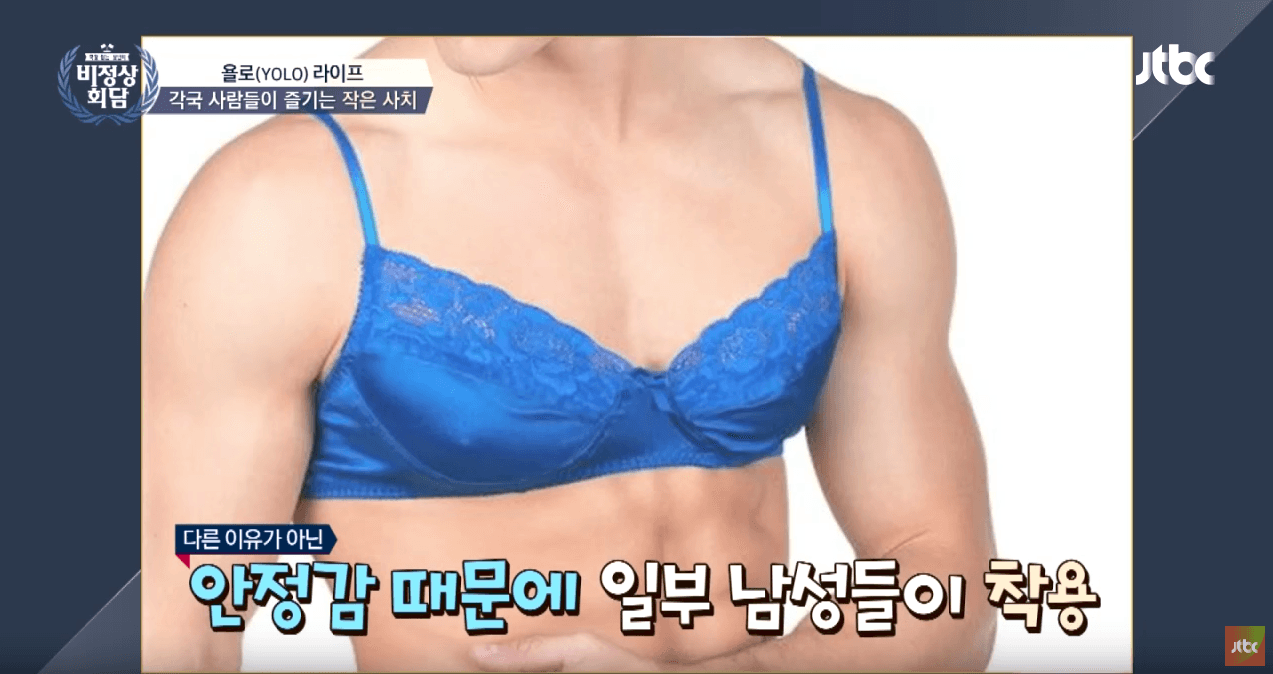 He also explained that while men’s brassieres were first available only in black with a basic design, they started becoming increasingly trendy and were now being released in a variety of designs and colors. 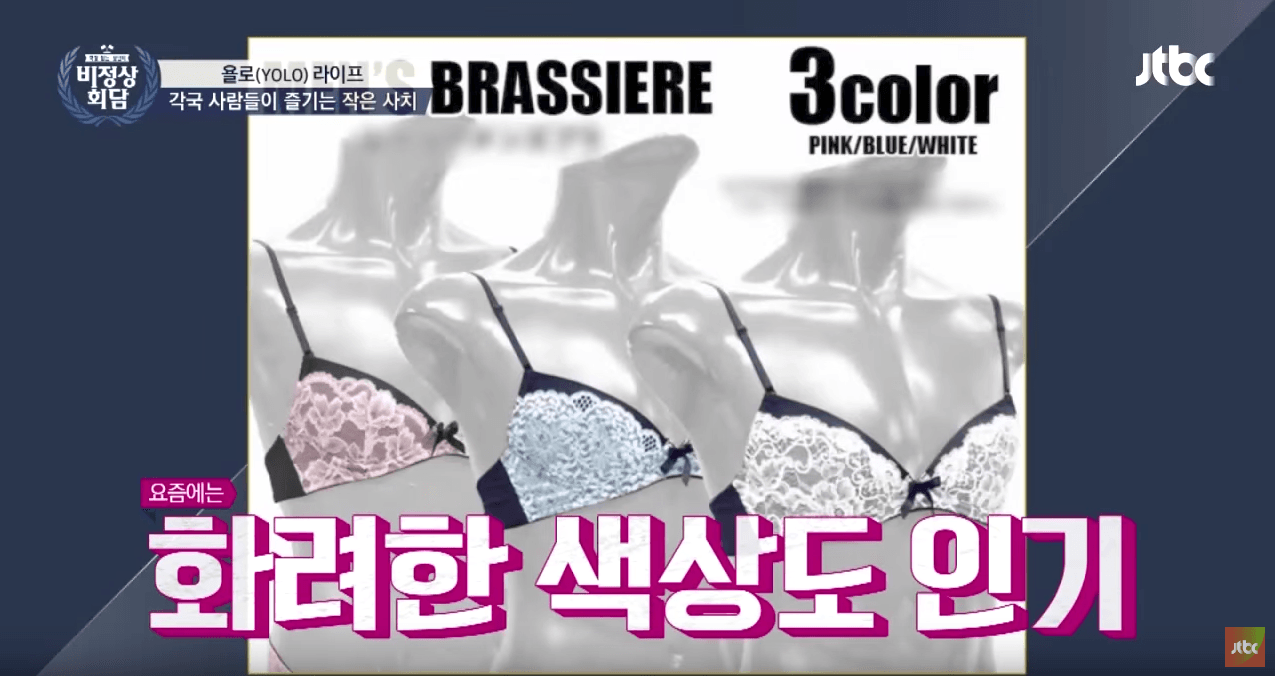 Some of the other panel members couldn’t hide their shock and confusion at the brassieres and struggled to understand how a brassiere could give a feeling of comfort.