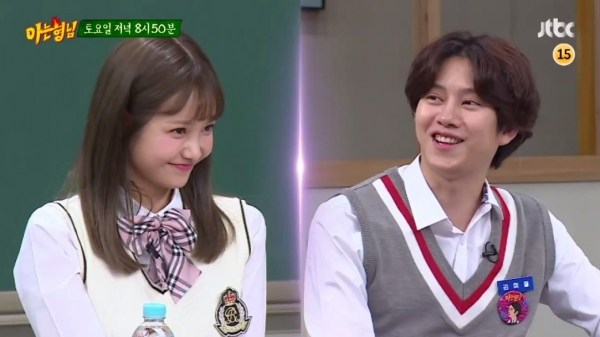 During her guest star episode, Kim Heechul boldly grabbed Ha Yeon Soo’s neck to bring her closer to him!

The camera saw their heads locked together as if kissing, and the viewers went wild!

But they weren’t actually kissing. They were only nearly kissing! 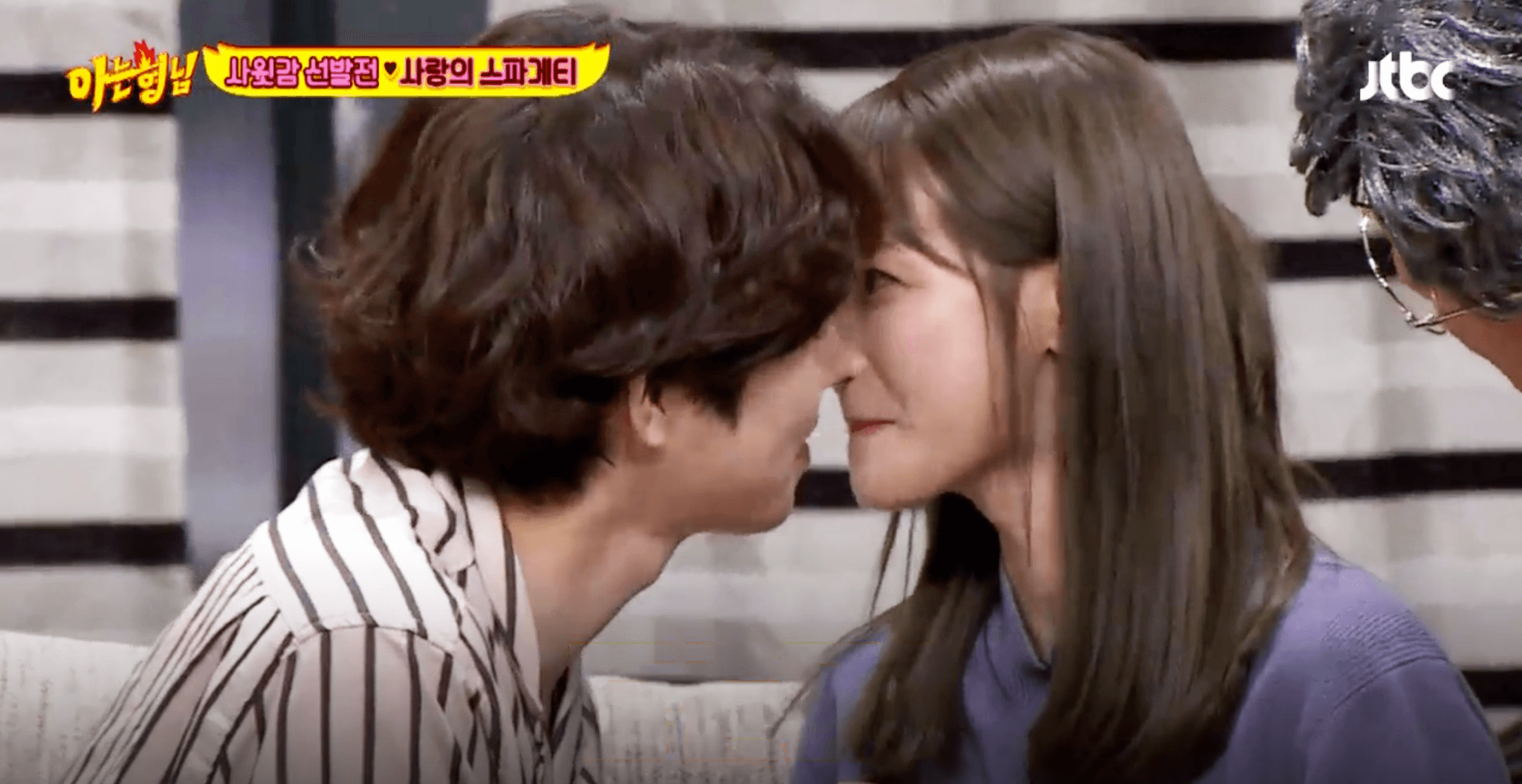 It was all for a game called the “Spaghetti Kiss”, where two people bite on the opposite ends of a spaghetti noodle and try to leave the smallest piece in between them.

Kim Heechul, ever the bravest man in K-Pop, took the challenge and left the smallest piece of noodle in between their lips!

Although they weren’t actually kissing, the scene left a lasting impression on all the viewers. 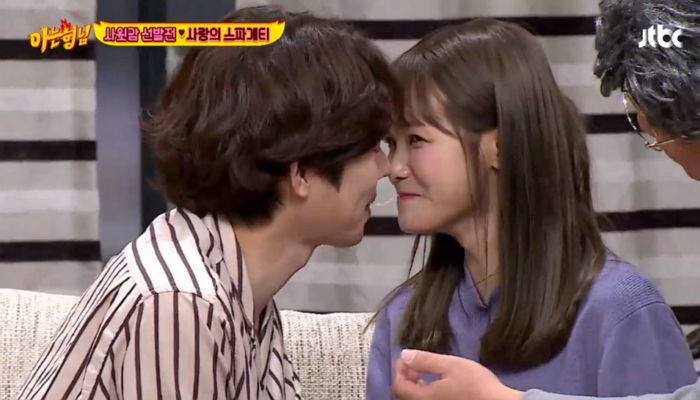 You can take a look what actually happened in the complete video below!