Anyone who became a fan of EXO after 2014 or 2015 might have been confused when they watched older videos and counted more members. These fans would soon learn that EXO started with 12 members but over the years now has 9 members. But the real question is why and how did this happen?

When EXO made their official debut back in 2012, they were considered one of the largest boy groups in the industry thanks to their 12 members. Despite the somewhat shocking number of people in the group, they had an almost immediate explosion of popularity. 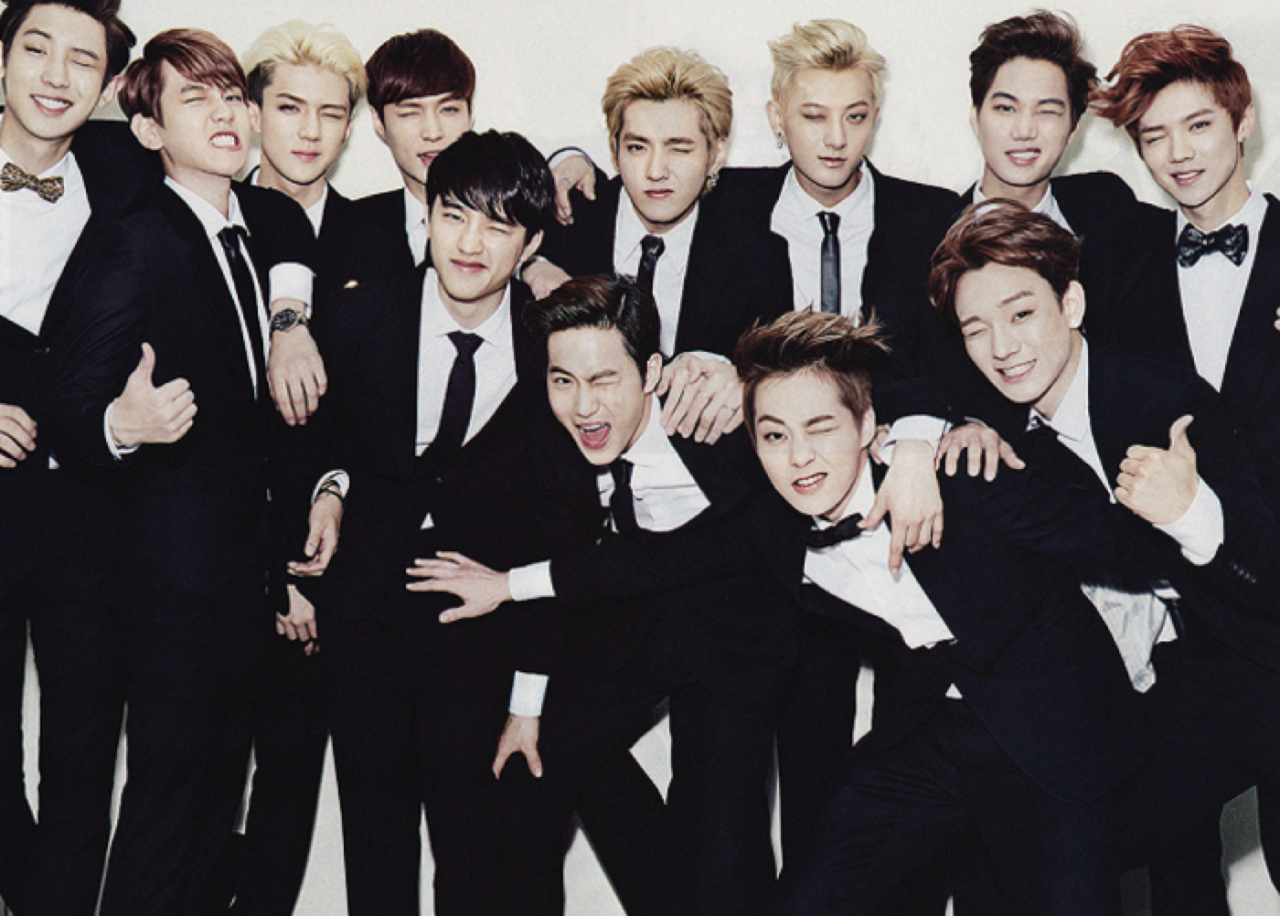 Soon the group released their first studio album XOXO in both Korean and Mandarin. This release, in turn, led to many other new releases including the group’s EP Overdose. But shortly after it’s release some unexpected news rocked the EXO-L community.

On May 15, 2014, SM Entertainment confirmed that Chinese member Kris had filed a lawsuit against the company to terminate his contract, stating a violation of human rights as the main reason.

A few months later in October, Luhan would follow Kris and file his own lawsuit against the entertainment giant to nullify his contract. His decision was based on his own health issues and the feeling that the Korean members were treated differently. At this time, SM Entertainment was quick to announce that the group would continue with 10 members while the ongoing legal battles ensued.

Unfortunately for EXO-Ls that was not the end. On April 22, 2015, Tao‘s father posted a letter through Weibo expressing his concerns for his son and talked about Tao’s withdrawal from the group. The letter stated that Tao had previously injured himself but had allegedly never received proper treatment for his injuries.

The day after the letter was posted SM Entertainment released an official statement saying that they would seek a solution by negotiating with Tao and his father. Later Tao would admit that they had failed to reach an agreement and filed his own lawsuit.

Around this time Kris, Luhan, and Tao all went back to China and began promoting as individuals. Since none of them had officially reached agreements with SM Entertainment, the agency raised their own counter-lawsuits against the three.

In 2016, the entertainment company won their lawsuit against Tao for failing to pay the company after his departure. Tao was ordered to repay SM Entertainment as well as interest for the delayed payment.

Later that year, Luhan, Kris, and the agency reached their own settlement. The two idols would maintain their contract with the entertainment giant until 2022 and their Chinese agencies would share related revenues with SM Entertainment.

Although Luhan and Kris both reached a settlement, Tao had yet to make amends. In 2017, Tao lost a Korean lawsuit he filed against his former agency but early in 2018 was able to win a different lawsuit filed against him.

In a final appeal of the case in March 2018, the Korean Supreme Court made a final decision that Tao’s contract with the entertainment company was still valid. This means that Tao has to follow the contract until it officially ends.

After the 3 members left, many fans began to worry that the only remaining Chinese member, Lay, would decide to leave. Fortunately, he has put most EXO-L’s minds at ease as he’s spoken out on numerous occasions that he is a proud member of EXO and will always be one.

Knowing the whole story may not stop the heartbreak from losing those 3 members, but knowing that the remaining nine members have remained resilient and strong throughout the whole ordeal may just be a source of strength that all EXO-Ls need.

K-Pop Album Store “Ktown4U” May Have To Refund $2.3 Million USD In Album Pre-Sales