BTS is known to be respectful and polite to everybody they meet, and an incident at the 2017 American Music Awards has just come to light to confirm their reputation. 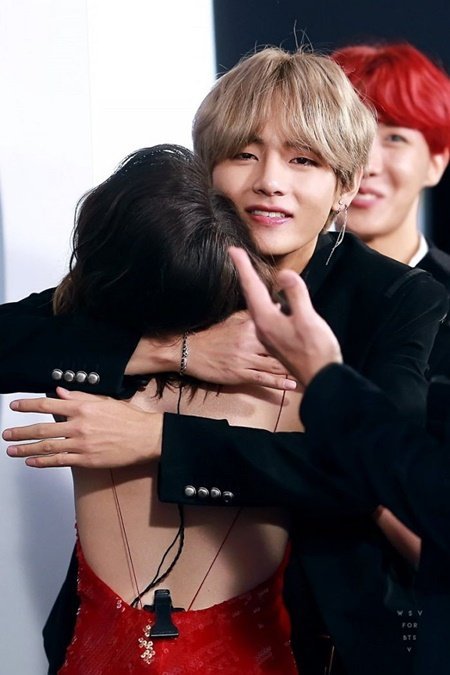 At the 2017 American Music Awards, the boys of BTS were being interviewed by a female reporter. 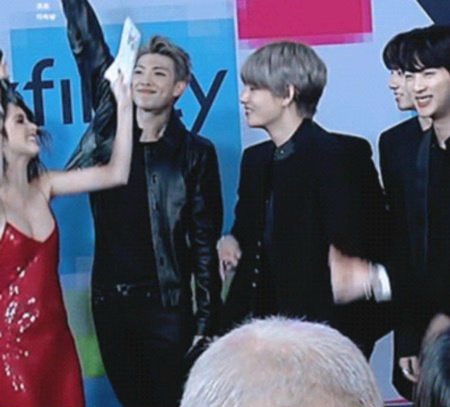 As V was hyping up the crowd when the excited reporter suddenly went in for a hug.

Being the gentleman that he is, V graciously accepted the hug, but because the reporter was wearing a dress with a low-cut back, V was careful to respect the reporter’s personal space.

However, this incident has sparked a heated debate between netizens. One side of the argument believes that V was being chivalrous with ‘manner hands,’ while the other side of the debate claims that this was another awkward ‘hover hands‘ situation.

[+911, -101] I kind of think that for a fan, manner hands may not be manner hands because you would want your favorite star to hug you tightly.

[+57, -6] In other countries, this is called ‘hover hands’ and is something a loser would do. But in Korea, people will accuse you of sexual harassment if you don’t so I understand why he is using manner hands.

[+32, -3] It’s a cultural difference. In our country, we are sensitive to men touching women so it would be difficult to touch in public. He was probably also surprised by the sudden hug.

The short interaction has become a hot debate on Korean community forums.

Here’s Why K-Pop Idols Continue To Live In Their Dorms, Even When They’re RICH Rich