In contrast with the photos that were released previously, Minhee decides to go for a more seductive look as she shows off her body, using a chair and the pool as her props. She had also introduced a new outfit in this photo shoot, as she poses in a white cross stitched top, polka dotted bikini bottom and knee high socks.

Stellar is known as a girl group with a more mature concept, with several of their comebacks rated 19+. The group released their seventh single album in July titled Cry. Previously, Minhee was seen performing “Cry” in a Harley Quinn outfit, a character that has gained a lot of popularity after the release of the movie Suicide Squad.

See the photos below: 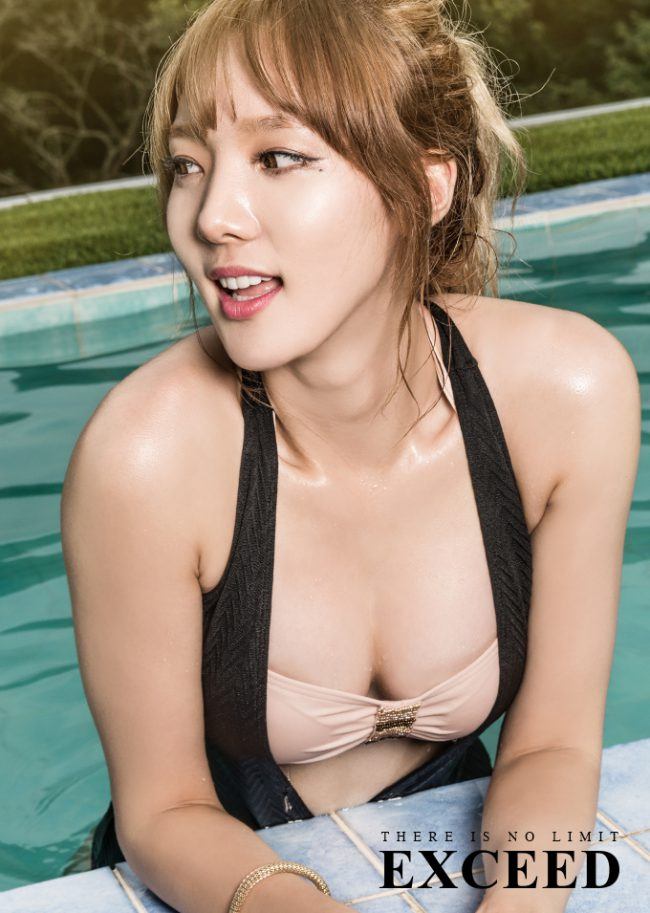 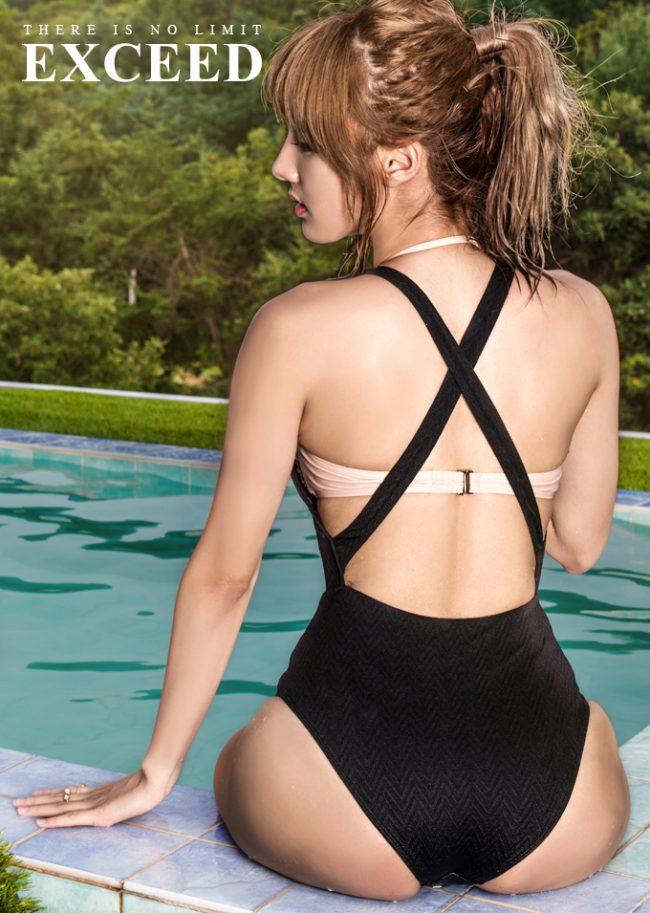 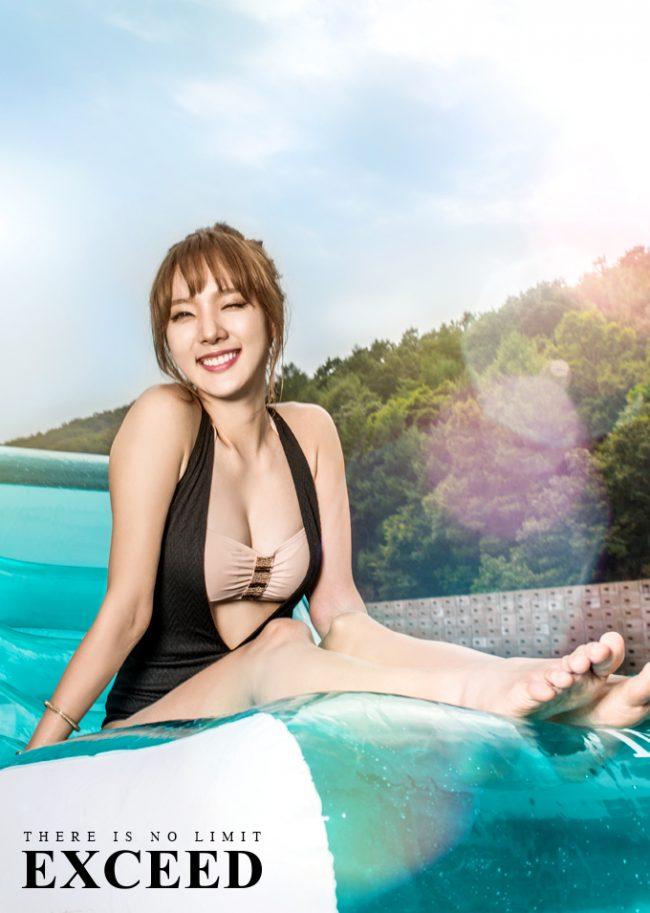 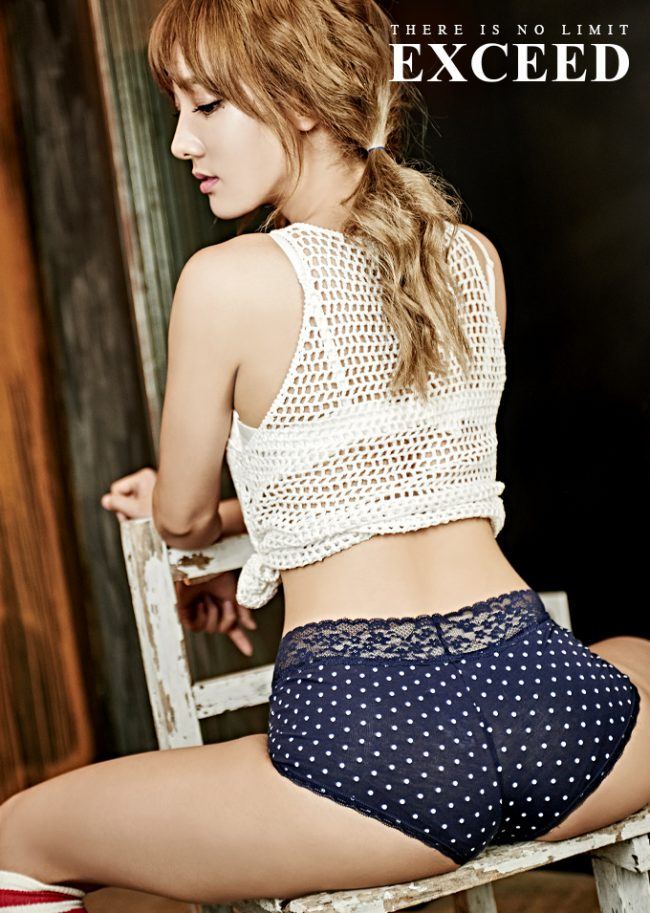 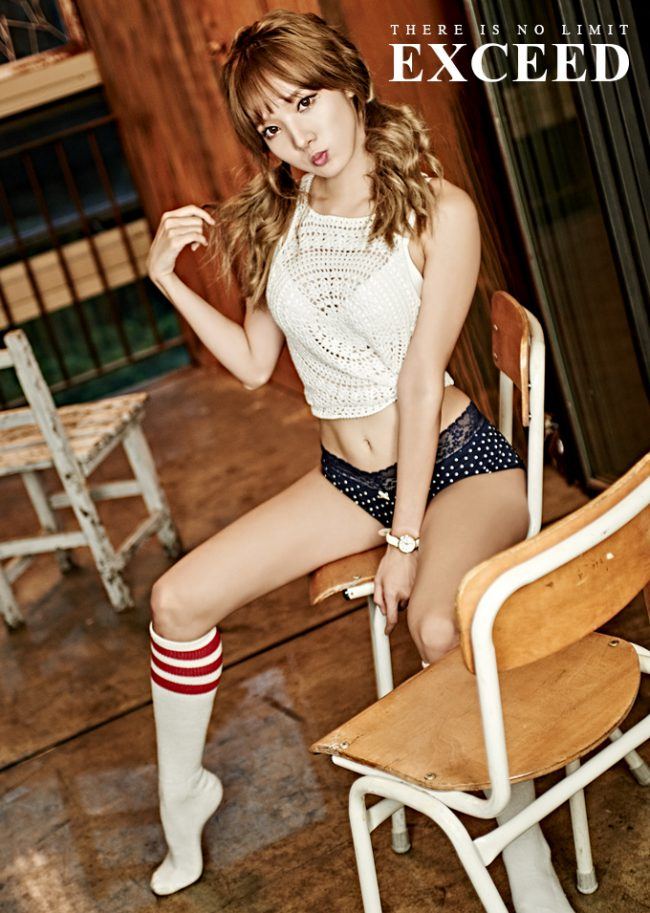 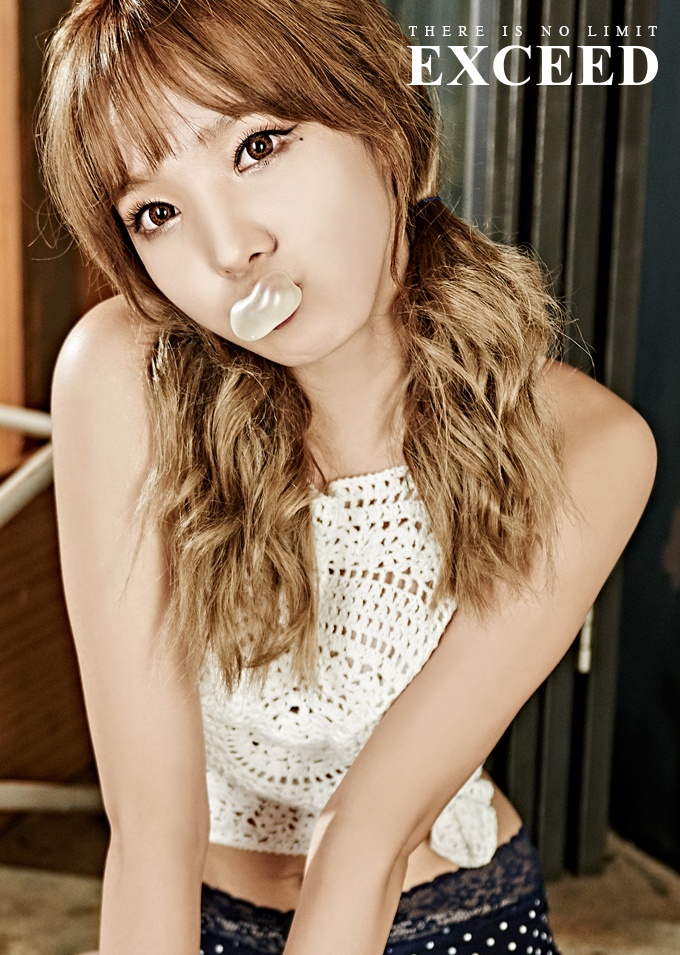