This compassionate and heroic 5-year-old, Anna Wang, from Southwest China is making headlines for being the sole caretaker of her grandmother and great-grandmother after being abandoned by her mother.

Most kids around her age would be playing outside and having fun, Anna Wang however, spends most of her childhood caring for her elderly grandparents. Anna became responsible for grandmother and great-grandmother when her father was sent to jail and her mother remarried and abandoned her at the tender age of only 3 months old.

Since her 92-year-old grandmother can no longer fend for herself and her grandmother suffers from severe arthritis, Anna is responsible for all the daily necessities. The family currently resides in the mountains of Zuyin where the now 5-year-old Anna is in charge of gathering food, cooking, cleaning, and helping her elders go to the bathroom.

Thankfully, one of their kind neighbors allows Anna to pick fresh vegetables from their farm so that they have some food.

The pictures below show Anna compassionately taking care of grandmothers and doing several tasks for them, depicting the heartbreaking reality of an abandoned child who has all but lost her childhood. 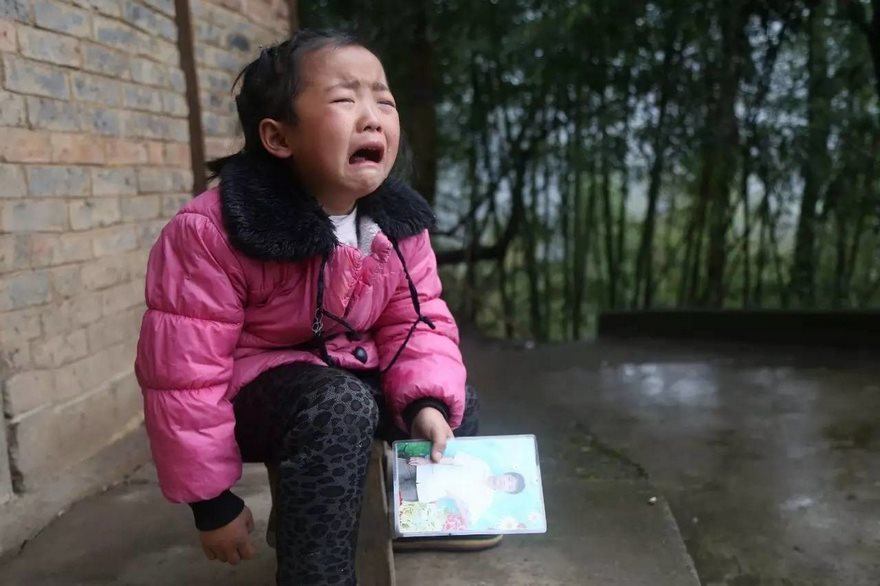 Anna has told the press that she takes care of her family because she wants to and that she wishes them good health.