Ever since their debut in October of last year, JYP Entertainment girl group TWICE has continued to surpass expectations.

With their hit song “CHEER UP,” which has become nothing short of a national phenomenon, many fans and industry experts are considering the group as favorites for winning Song of the Year. With “CHEER UP” having found so much success, which includes over 87 million views on YouTube, 16 weeks in the Top 10 on the digital charts, and 11 music show wins, the rookie group is in fact considered a front-runner for the award.

And while TWICE was able to grab the Best New Female Artist award at the 2015 Mnet Asian Music Awards, the group’s October 20th debut meant they were unable to qualify for Best New Artist at the 2015 Melon Music Awards, which eventually went to iKON and G-Friend. However, they will be eligible this year, and will be facing up against new artists such as BLACKPINK, ASTRO, and the various NCT units for the honor.

Even though they’re still riding the success of “CHEER UP,” TWICE has already announced their comeback with their 3rd mini-album TWICEcoaster: Lane 1, which will be released on October 24th. So far, the group has released a timetable and intro film for the upcoming release. 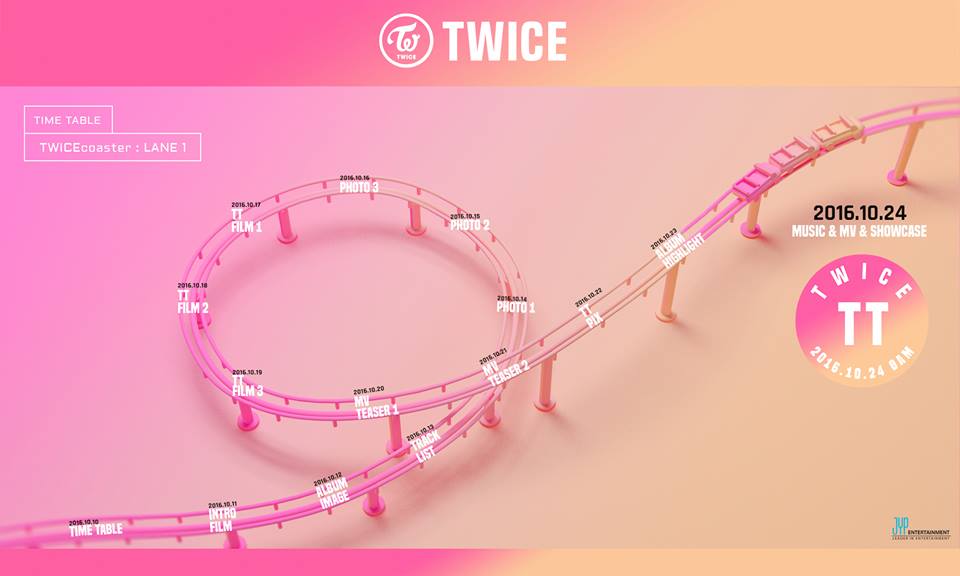