Han Seo Hee has revealed her face in public for the first time since the marijuana scandal with BIGBANG’s T.O.P.

After the trial, they approached her and asked for a short interview, to which she begrudgingly obliged.

The reporter asked her if there was anything that was misreported, or if she wanted to fact check the information about the case.

Han Seo Hee replied that she never offered the marijuana first, nor was the e-cigarette in her possession.

“There are a lot of parts that are falsely reported, and I can explain everything, but people who want to believe me will believe me, while others won’t.

I think it’s better for me to just endure all of this. The crime I’ve committed is very obvious, and I’m deeply reflecting.” 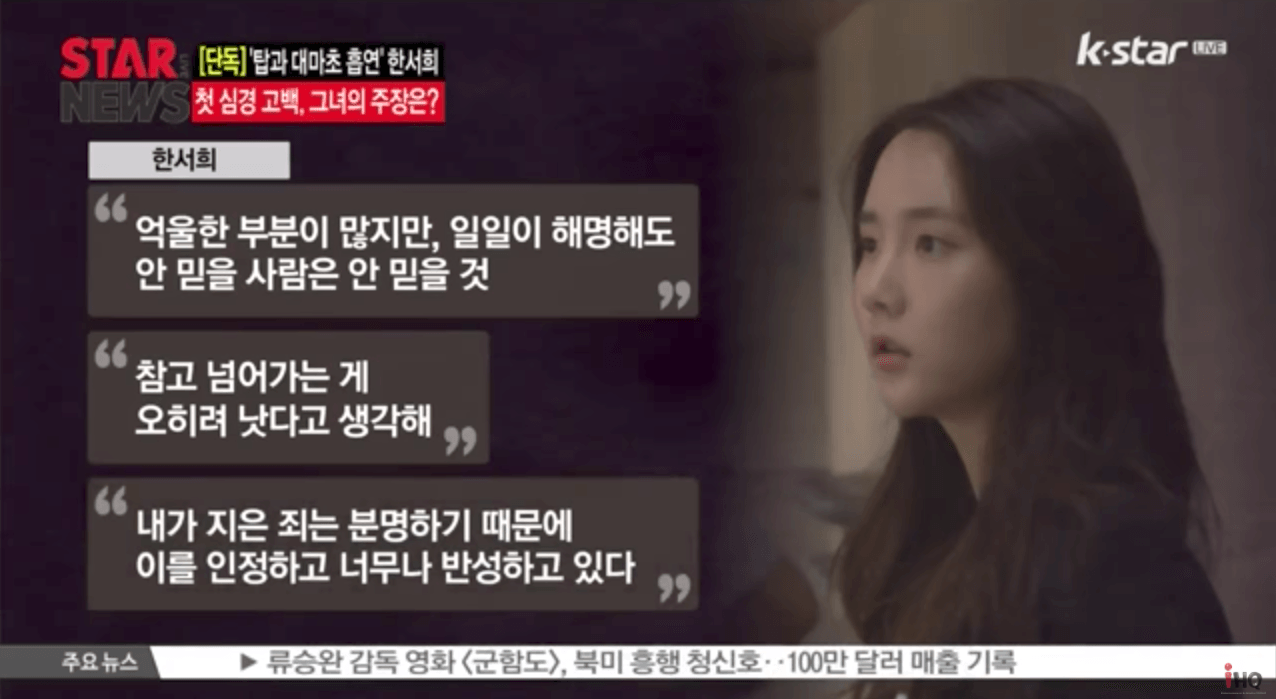 The reporter ended the interview by asking her if she had plans for the future.

“I’m currently focusing on my trial, so I don’t have any specific plans, but after the trial, I’ll be deciding on my future path.”

Watch the full video report below.