After reports came out initially that fans were disappointed with T-ARA‘s alleged poor attitude at the Idol Athletic Championship, new information has come out from T-ARA fans which may help to clarify the situation. 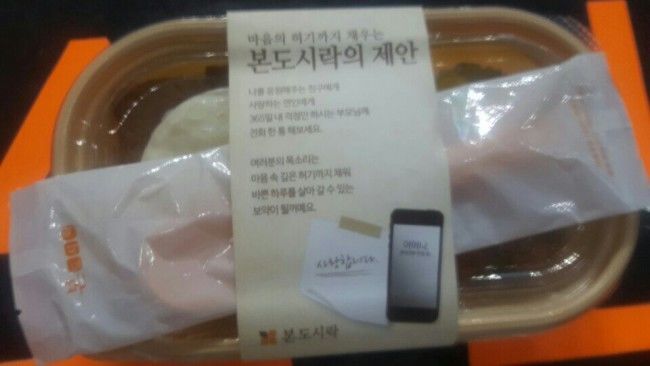 This is the bento box that T-ARA gave us the fans. I forgot to take a picture but they gave us burgers for lunch too. We also had unlimited drinks. 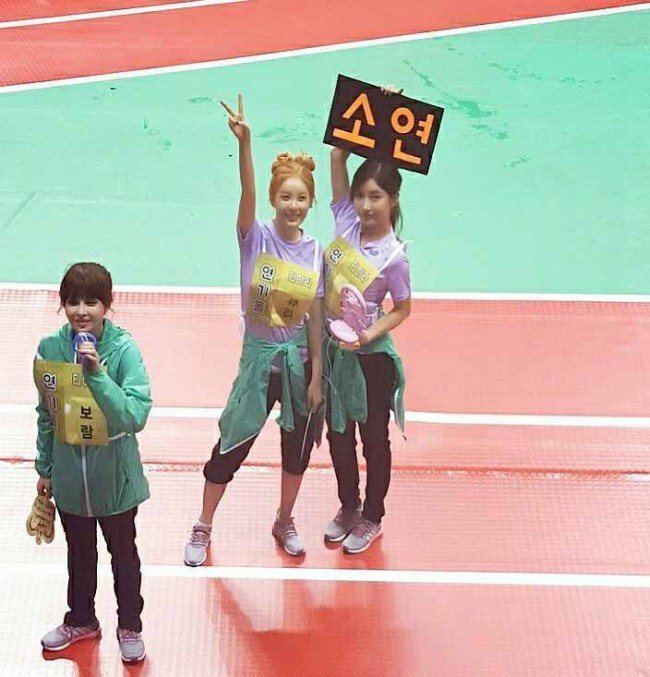 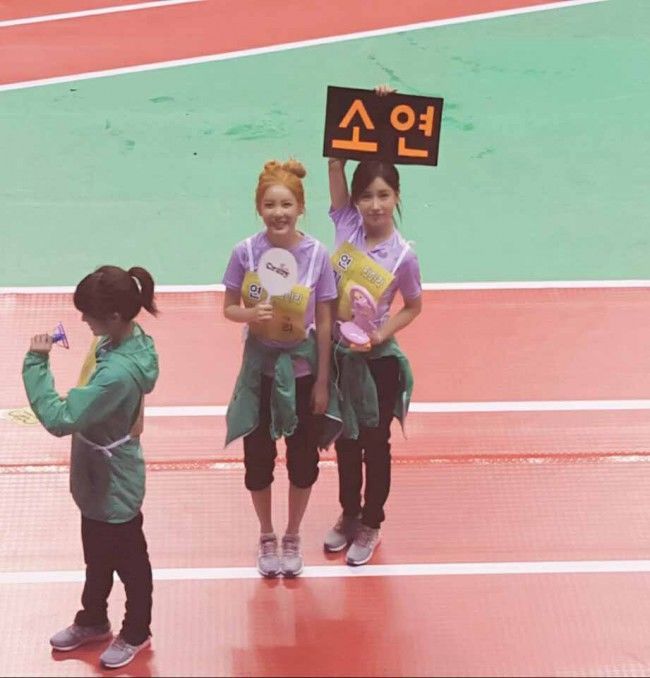 Because we weren’t allowed to take pictures they told us to sneak a few pictures and even posed for us. 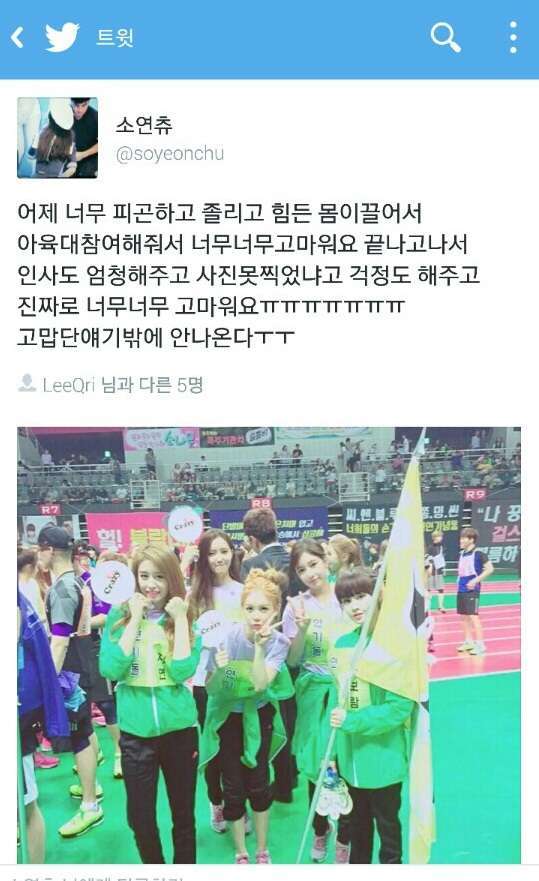 “Thank you for participating in Idol Athletics Championship even when you were tired. Thank you so so much and you guys greeted us so much after filming and worried that we might not have gotten enough pictures. Really thank you so much ㅠㅠㅠㅠㅠㅠㅠㅠㅠㅠ I don’t know what else to say ㅜㅜ” 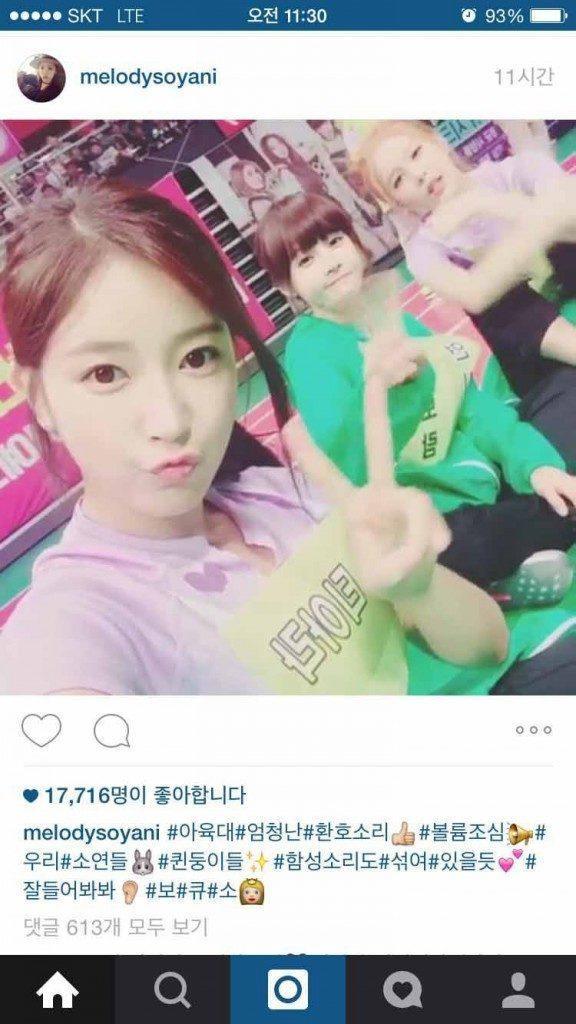 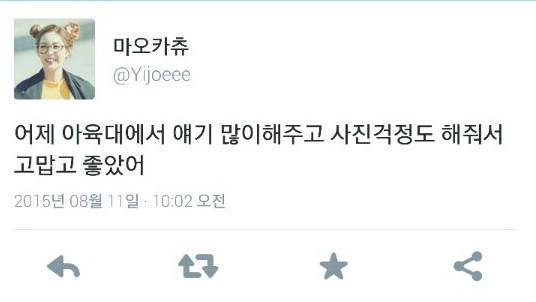 “I felt really happy that they talked to us a lot at the set and worried that we might not have had chance to take pictures. I was so thankful”

“Unni thank you for the constant hearts you sent us :D”

[Tweets by the members] 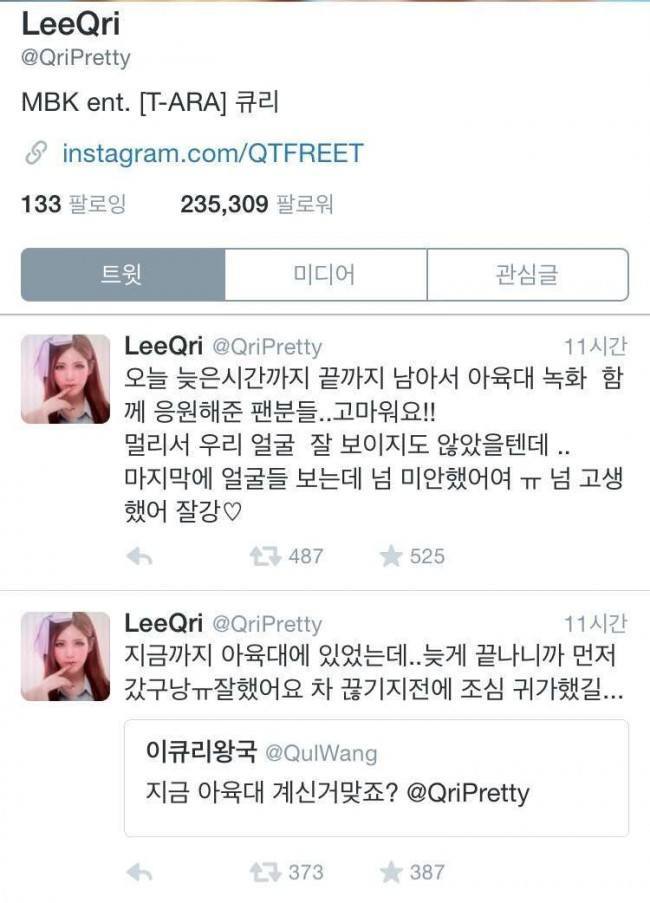 [Qri’s Tweets]
“Thanks to all the fans who stayed till this late hour and cheered us on..thank you guys!! I know you couldn’t even see us properly from so far away I felt so bad when I saw you guys all at the end…ㅠ You guys must be exhausted take care <3”

“We were still all here at Idol Athletics Championship..I guess you guys left because it was getting too lateㅠ I hope you all got home safe before the buses stopped running…” 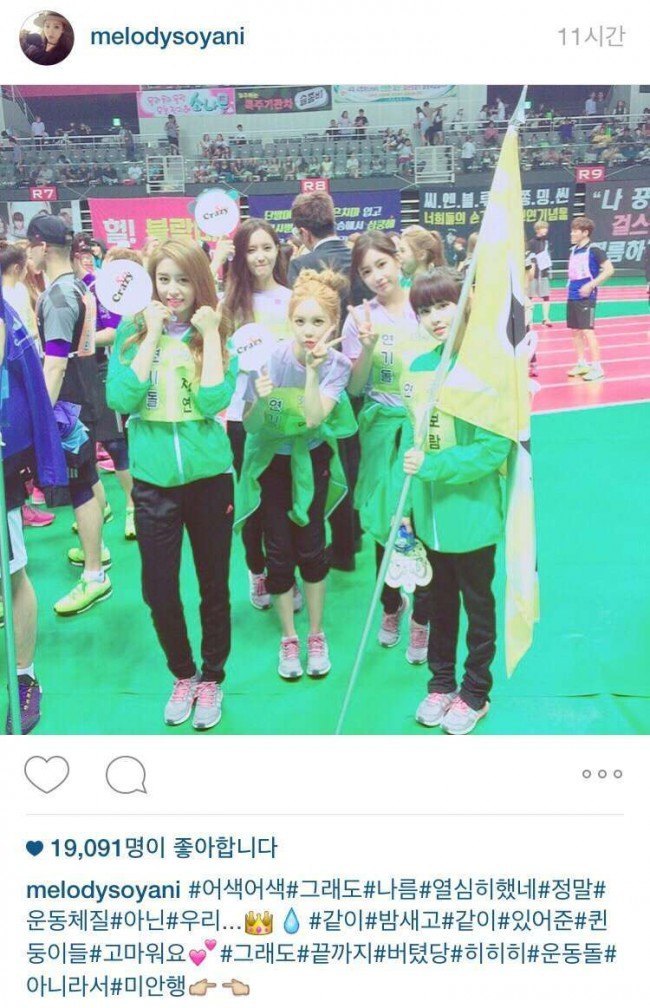 They came and greeted all the fans and asked them to sing with them and kept providing fan service what more do they have to do?

[Tweet by Park Hyomin’s fanpage]
“I love you guys. Yesterday’s Idol Athletics Championship was very fun. It was exhausting physically but I was so happy and thankful to see T-ARA thanking and greeting the fans and that I was able to see them work so hard. T-ARA is love <3 <3”

“Everyone’s always so interested in only these kinds of things. Listen to everything before you point fingers. I hate to admit it but I still get angry when anyone criticizes our girls.”

“I’m so frustrated that I need to say this. We closed the fanpage because the masters could not realistically find the time to manage the site. This has always been decided and the timing might have been bad but we did NOT close down because of this incident.”

“I am still there fan and even if they need to hear criticism we’ll take care of it.”

Below is a full explanation of what happened and apology from one of T-ARA’s fanpages that accused T-ARA of bad attitude.

“Hello. Before getting into details we would like to apologize for causing a disturbance within the fandom with such misunderstandings and we would like to set things straight by explaining what happened in detail.

Firstly, we wish to write on the part that is being twisted from the truth and things that we found out later. We wish to discuss the claim we made yesterday that T-ARA had bad attitude.

On the day of shooting, events occurred in this order. Opening ceremony – 50m sprinting – archery – wrestling – marathon. T-ARA participated or was spectating all the events except archery. The issue started when (during wrestling) some of the members were sitting far away from their fans with their backs turned to them (1). After discussing with fan managers we found out that although fans were not able to see them because of an obstacle the girls were able to fully view the fans and naturally assumed that the fans would be able to see them as well. This issue is pure misunderstanding and we regret that we acted rashly without looking into details in accusing them of bad attitude.

Next is the photo that is going around as T-ARA’s fan service.

The two pictures were taken after wrestling when we were absent. To explain our perspective we were tired from lining up for 3 days to gain entrance to multiple music shows and were deprived of sleep. We participated in the filming without sleep and were very tired. So tired in fact that we were not able to properly make judgments.

After experiencing such a situation (1) at our current state we thought that there woudl be no point in staying and left while they were fixing the set after wrestling. Having left we were not aware that the girls had provided such fan service. We were wrong to make such judgement purely based on our perspective and we are sorry to have caused a such controversy.

We are to blame for this incident and we will accept all criticism that we deserve for causing such an issue. But please do not criticize the girls who are only victims of misunderstandings caused by us.