Suzy is being praised for her flawless beauty once more after posing with no make-up for CeCi’s special edition release.

CeCi released exclusive photos from their recent “no make-up pictorial” with JYP Entertainment artist and miss A member, Suzy. The photos, which was conceptualised to celebrate a “glorious autumn,” will be released in both Korean and Chinese editions simultaneously this October. The photos in particular gained interest for its minimal concept as Suzy stood out beautifully without any make-up.

In addition to the two black-and-white covers, another photo of Suzy wearing a floral dress, lying in bed, while staring at the camera was also released.

CeCi also expressed their delight when Suzy accepted the offer to promote pure beauty for their 22nd special edition.

Recently, the singer and actress wrapped up filming and promotions for KBS drama, Uncontrollably Fond. 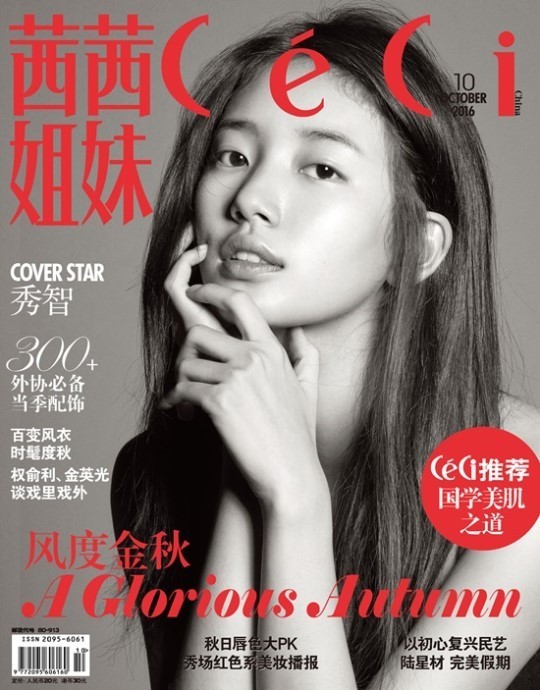 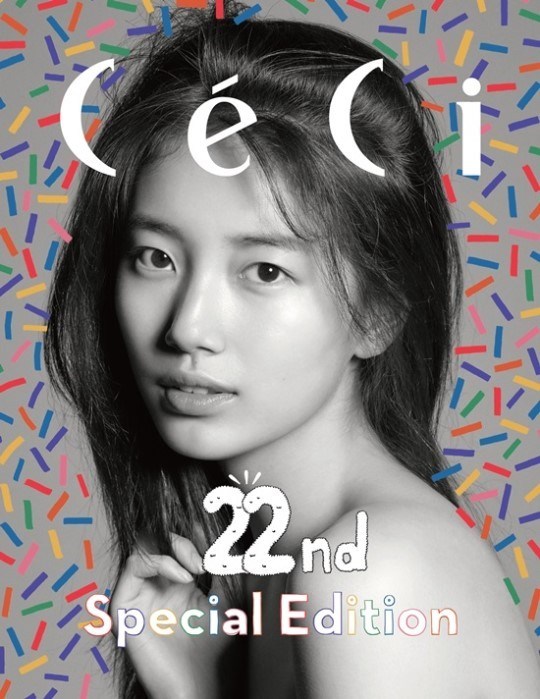