Ratings for Golden Fishery – Radio Star were reported to have declined despite having Super Junior as guests.

On July 15th, Super Junior appeared as special guests in the program as part of their promotional activities for their 10th anniversary comeback.

The episode initially gained a lot of attention as Super Junior’s returns in the music scenes, along with confessions pertaining to Sungmin’s marriage, Hangeng and more. However, according to Nielsen Korea, Radio Star only achieved a 6.2% in ratings, a 0.7% decrease from their previous episode.

Meanwhile, Super Junior is currently busy with their promotional activities following the release of “Devil” on the same day. 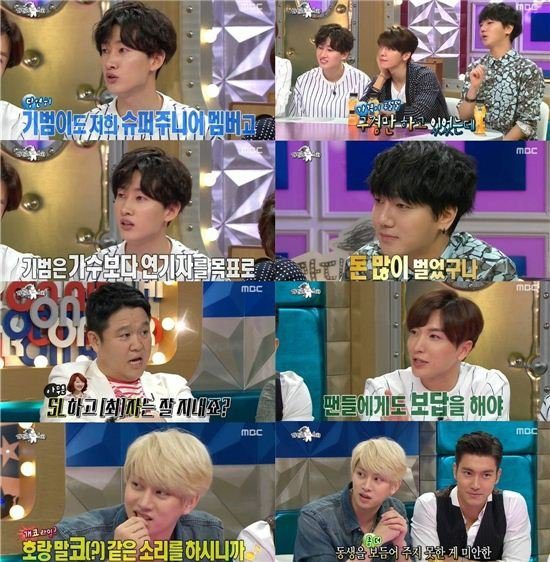