Super rookies MONSTA X is topping the rankings in online music video chart on Kstyle with their debut track “Trespass.” 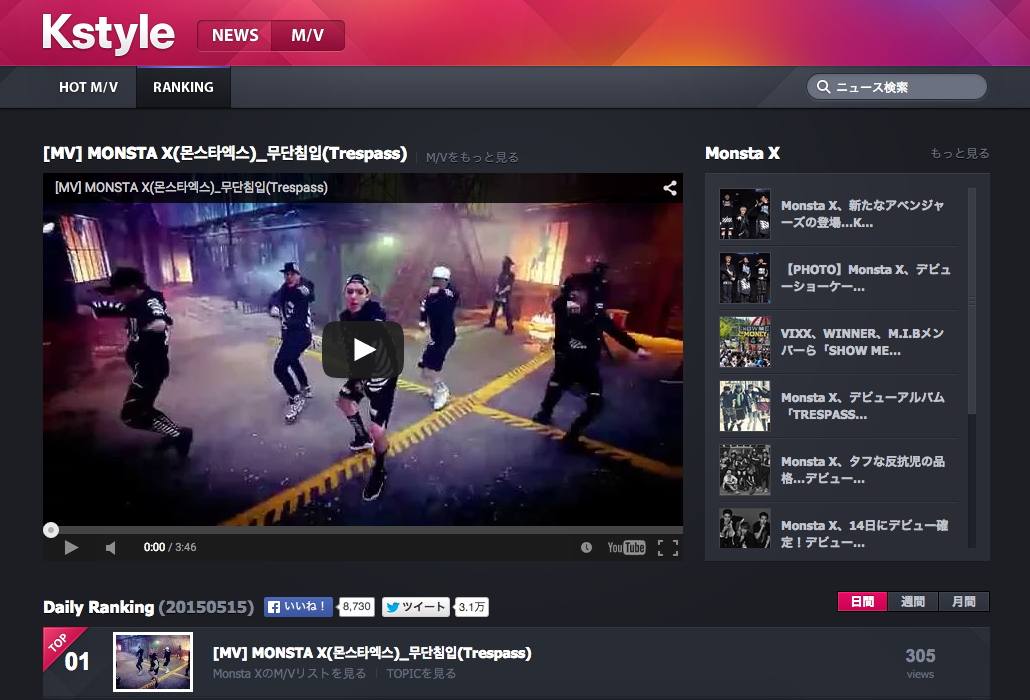 MONSTA X commemorated their debut with an exciting showcase the day before their official album release on May 14th. They made their music show debut a day later on M! Countdown to an excited crowd!