Woollim Entertainment‘s newly debuted girl group, Lovelyz, has already succeeded in surpassing this year’s debuted girl groups in fan cafe members.As of November 16th, Lovelyz stood at 9,764 members while SM Entertainment‘s Red Velvet came in at 8,109 members. Out of all the girl groups that have debuted thus far in 2014 no one comes close to the fan cafe membership of Lovelyz and Red Velvet. However, Red Velvet debuted 3 months before Lovelyz so it is interesting that they have surpassed them.

On top of all that, Lovelyz has not received the greatest publicity since member Jisoo‘s alleged scandal came to surface before their debut. Nonetheless, they still released their pre-debut single “Goodnight, Like Yesterday” and even held their debut showcase. 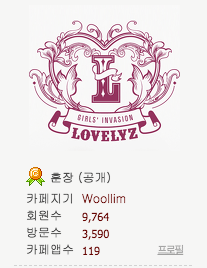 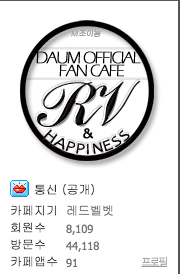 Here’s a list of the fan cafe membership of girl groups in 2014(in order of debut):