After being criticized for his alleged rude behavior toward Yang Se Hyung on Radio Star, Super Junior‘s Kyuhyun and the comedian proved that they’ve gotten over the controversy with a close photo together.

The photo, which features the Super Junior singer smiling and the comedian making a funny face, told fans that the two even shared a drink together as friends. However, after seeing the photo of the two, netizens are claiming that the SM Entertainment singer had merely set up the photo in order to stop the criticisms directed toward him due to the controversy.

Kyuhyun came under fire after it was revealed on Radio Star that the Super Junior member had attempted to give Yang Se Hyun a hefty amount of money as payment without an envelope at a wedding the comedian had sung at. Additionally, this was done in front of a friend of Kyuhyun’s where he told Yang Se Hyun, “Here take it.” Read more about it here. 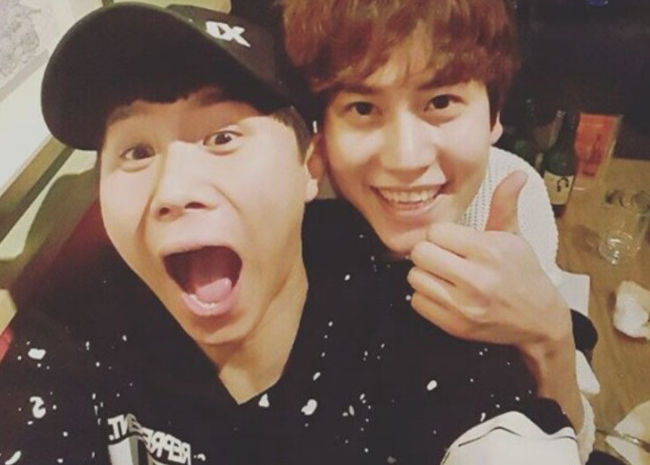 [+ 574, – 53] SM let’s stop the media play. A person’s character doesn’t change overnight does it? I was shocked when I saw the broadcast. Being young, a celebrity and having a lot of money. Arrogance at its peak. Mind your manners and become a good person first.