On June 5th, a post was made on a popular Korean online community called Pann about a trainee soon set to debut in the group Pink Lace. The member, Dahyun, commented on Sehun’s Instagram asking for his support and her eagerness to meet and give him her groups CDs once she debuts.

The post was titled, “A Trainee Hitting On EXO”.

In it, the poster says, “She is called Dahyun from ‘Pink Lace?’ and she is one of the worst attention seekers out there… Let me show you why. She goes on EXO’s instagram and comments this.”

EXO-Ls also noticed that Daehyun tagged EXO in many of her selfies and immediately began to berate her leaving insulting comments on her Instagram page. 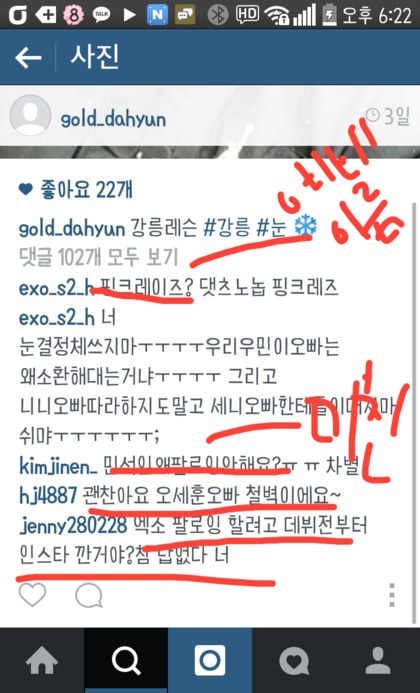 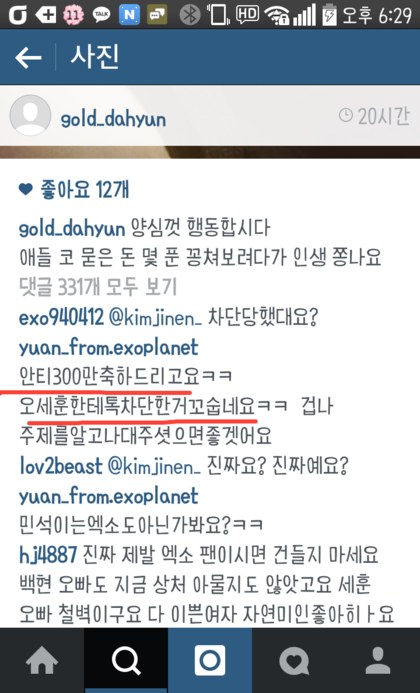 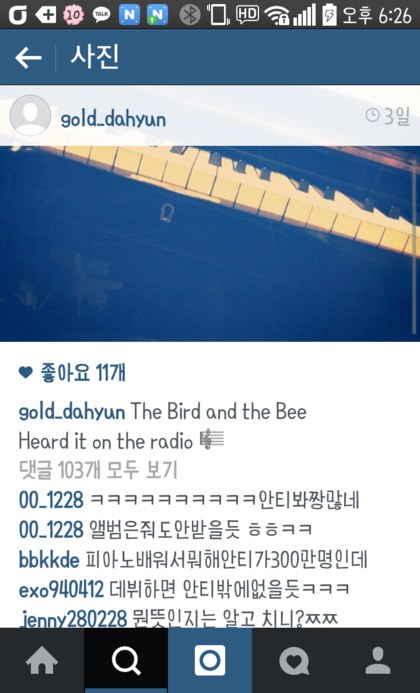 exo_s2_h: Pink Lace? That’s no no more like Pink Les …….. stop hitting on Senie oppa
hj4887: It’s okay Oh Sehun oppa is a very hard gate to breach
jenny280228: Did you open your Instagram just to follow EXO? You don’t think things through do you]

yuan_from.exoplanet: Congratulations on 3 million antis ㅋㅋ It’s funny she was blocked on talk from Oh Sehun ㅋㅋㅋ
00_1228: So many antis ㅋㅋㅋㅋ he wouldn’t even take the album even if she gave it to him

Original Poster: It says she messaged Sehun~^^ crazy much?? 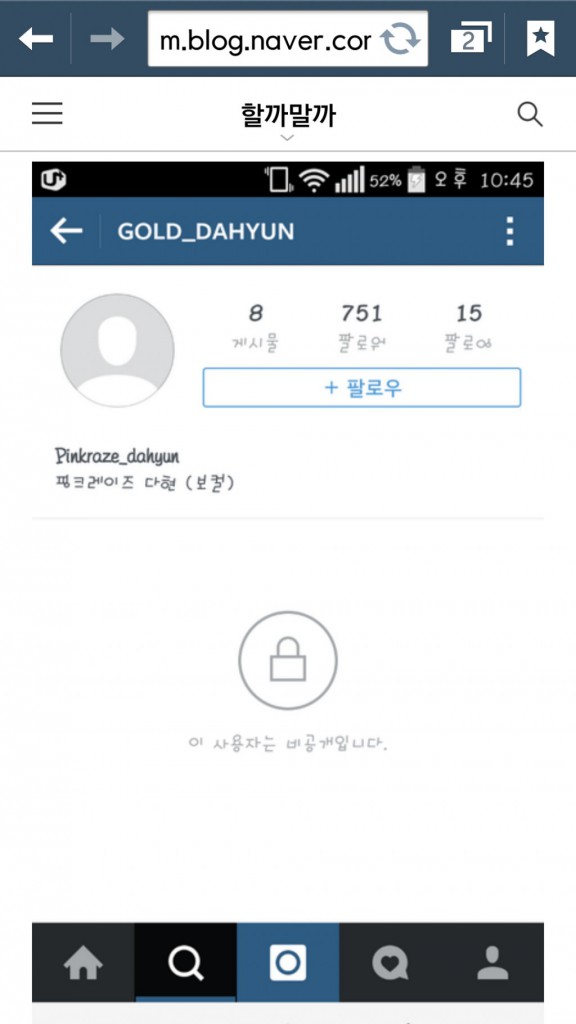 Original Poster: The account was set on private and than she deleted. That looked liked the end of things. 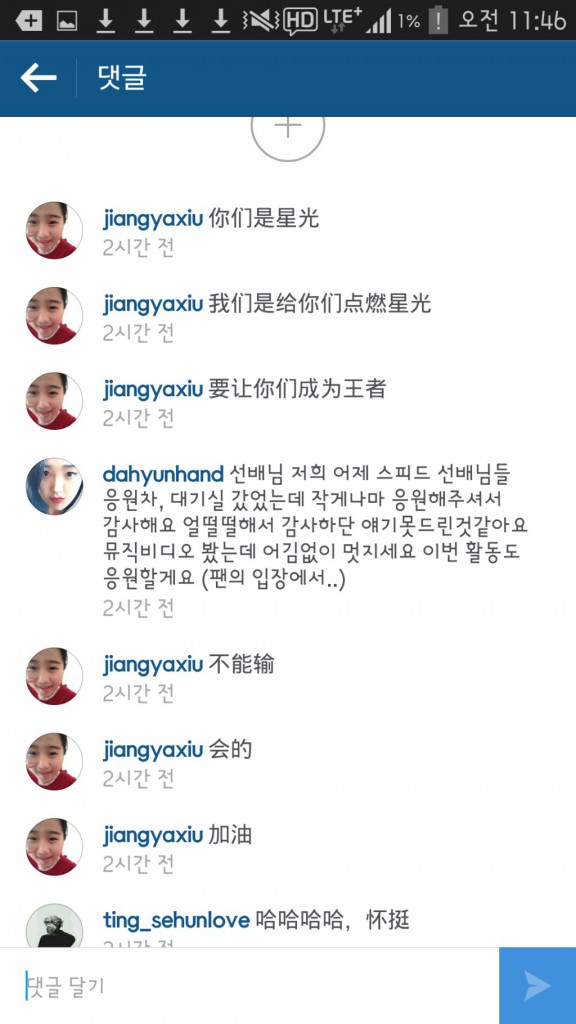 dahyunhand: Sunbaenim we visited SPEED sunbaenims to cheer for them, and thankfully you cheered us on quietly. Thank you so much. I think I did not get to thank you because I was so flustered. I saw the music video and you are so awesome I will cheer you on your activities this time (as a fan..)

Original Poster: ㅋㅋ crazy ㅋㅋㅋㅋㅋ she appears again saying sunbaenim she made another account; Ha…I saw the following list and she’s following EXO members and an actor called Lee Gyu Hyuk (I don’t know how they’re friends) looks like she’s going around hitting on everyone.

She’s soon going to be a public figure and she acts like this isn’t she trying to piss off fans? I can’t even…Does she not realize what EXO fans are like? I swore at her on the comments and she deleted it ㅋㅋㅋㅋ lol ㅎ What do I do with this girl ㅜ Stop acting like you’re close to EXO.

[+ 75, – 3] .. Messing with EXO … even a muggle like I know that if you touch EXO it’s the end. What is a girl soon to debuting thinking and creating millions of antis.

[+ 62, – 3] Pink Lace Dahyun? She got wrecked last time and now she’s doing it again get ready to be destroyed when you debut ㅋㅋㅋㅋ I have everything captured ㅋㅋㅋㅋㅋ She needs to know her place