On April 8th, SM Entertainment made an announcement telling fans that Jessica Jung and Luhan will be removed from SuperStar SMTOWN, a game launched by the agency.

SuperStar SMTOWN is a rhythm game featuring songs by artists under SM Entertainment. In order to increase the score, players of the game have to collect cards and level-up for each solo artist or member of a group.

As the game was officially launched back in August 2014, Luhan was included as a member of EXO-M and Jessica was included as a member of Girls’ Generation. The two artists remained in the game despite the filing of a lawsuit against the agency by Luhan back in October 2014 and the departure of Jessica from Girls’ Generation back in September 2014.

While a lot of fans are not surprised by this announcement, many have expressed sadness that Luhan and Jessica will now be officially removed from the SM Entertainment game. 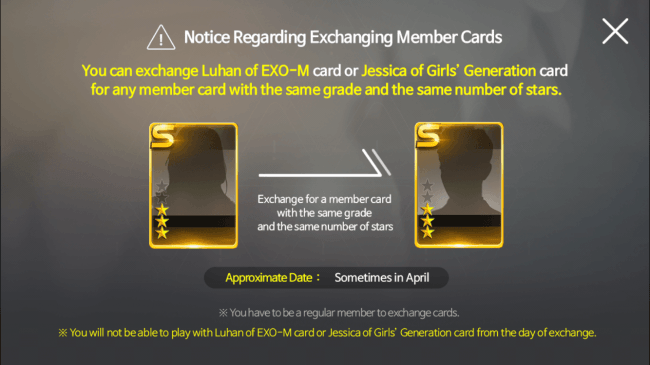