On the May 31st broadcast of SBS’ Inkigayo, GOT7’s Jackson left many “Jackji” fans squealing after he called KARA’s Youngji “pretty” on the music show.

With KARA starting their promotions for their recent comeback with “CUPID”, the group appeared on the recent episode of Inkigayo for a surprise interview alongside the show’s MC’s – Jackson, Hong Jong Hyun and Kim Yoo Jung. At the MC’s request, the girls showed a little of their dance choreography to the audience, to which Jackson couldn’t help but point out “I always saw her (Youngji) at home on Roommate but seeing her on stage, she’s honestly really pretty.”

Meanwhile aside from KARA, other artists in this episode include BoA, SHINee, Kim Sungkyu, Jun Hyosung, BTS, MYNAME, MONSTA X, N.Flying and many more. 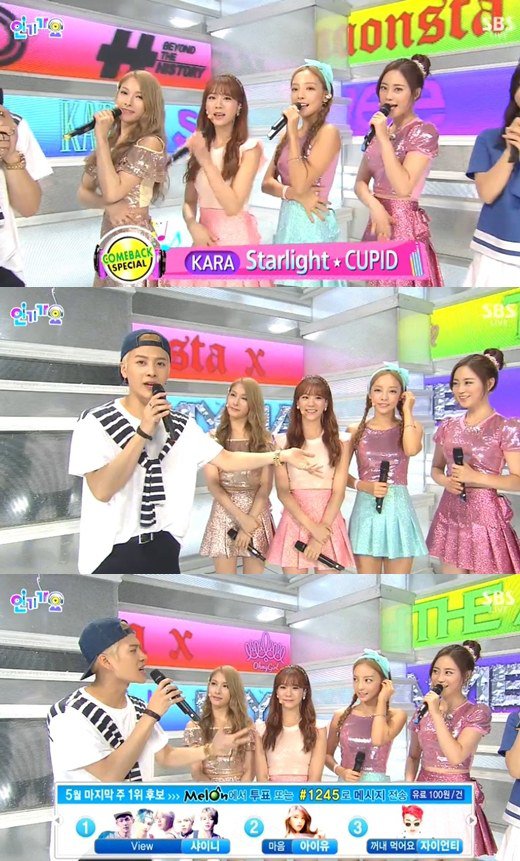