Nothing is stopping Infinite Challenge from taking the #1 on the charts…except ONE group.

The Infinite Challenge effect continued to be strong after releasing the full album of its tracks after their music festival episode aired just recently with all of its tracks spotted in the Top 10 placings on MelOn and other music charts.

At first, the track headed by cast member Kwanghee and teammate G-Dragon and Taeyang took over the charts in #1, however, it seems that the crowd favorite has become God-G‘s “Leon” sung by team Park Myung Soo and songstress IU. 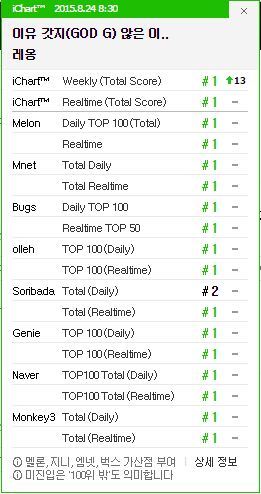 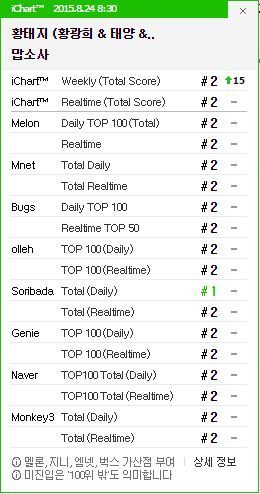 Both of their chart placings have been steady since August 24th at 12:30am KST until now.

12 Male Idols Who Got Caught Falling In Love With BLACKPINK