On this week’s World Albums Chart on Billboard, EXO made their debut on the chart with their recently released repackaged album Love Me Right.

For the week of June 20th, EXO debuted in 2nd place below Celtic Thunder. This isn’t surprising considering EXO has sold more than 300,000 units of the repackage, enabling them to pass yet another million mark with their 2nd album EXODUS/Love Me Right.

Dropping from 5th last week to 8th is EXO’s senior and labelmates SHINee with their album Odd for this week as well.

Currently, EXO is busy with their tour and will be visiting the Impact Arena in Bangkok on the 20th and 21st. 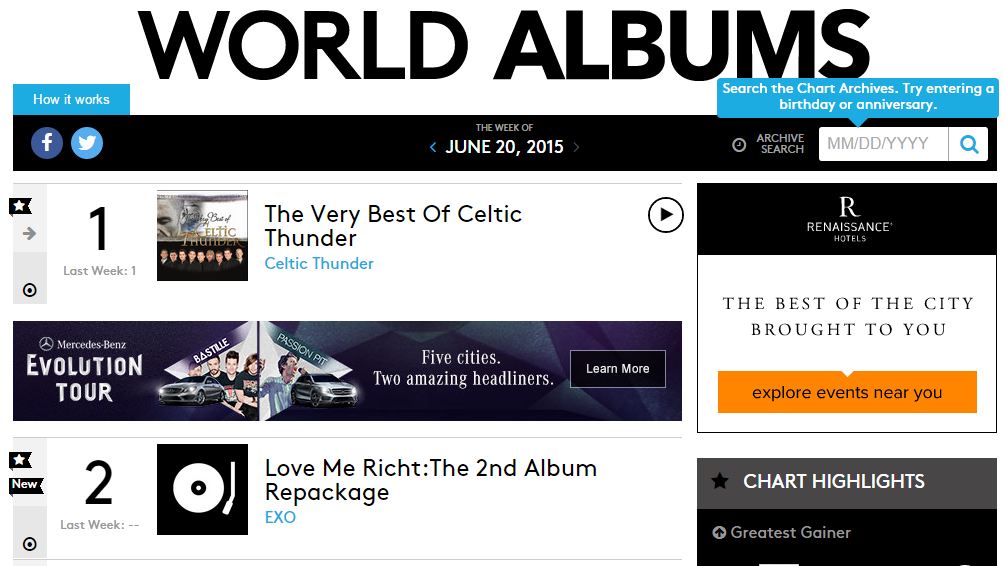