Numerous K-pop acts have made Korea proud by winning prestigious awards at the YinYueTai V-Chart Awards, including EXO, Taeyang, Epik High, GOT7, f(x), T-ARA, and Boyfriend!

Representing the pride of South Korea, four out of seven winning acts attended the YinYueTai V-Chart Awards to receive their trophies, namely Epik High, GOT7, T-ARA, and Boyfriend.

The K-pop groups who were present at the show also took photos at the backstage and posed with their trophies, thanking their fans for their achievement. 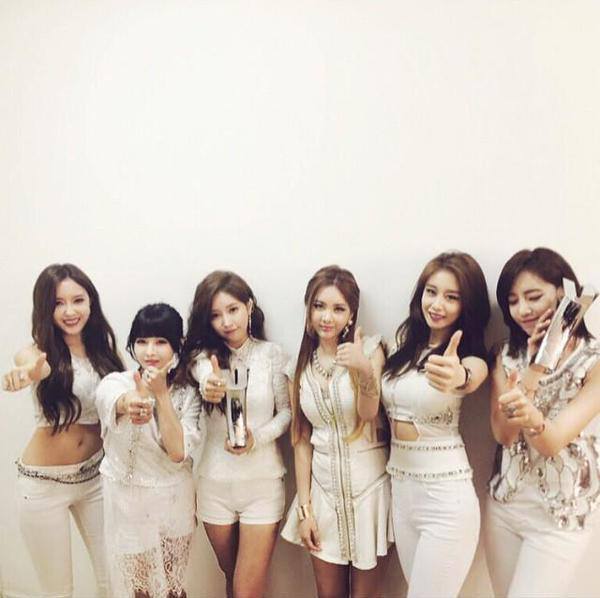