After releasing their debut album Trespass on May 14th, MONSTA X was seen topping various charts in China and other online sites.

From details to their showcase and video portal sites like Youku, Tudou, and YinYueTai, China seems to be reacting hotly to Starship Entertainment‘s new hip-hop group.

The members of the super rookie group MONSTA X won their placement after competing in the fierce NO.MERCY Starship x Mnet trainee program. With the help of BrandNew Music‘s Rhymer, MONSTA X has already begun to leave their mark on the music industry as a fierce yet youthful group filled with energy.

They are currently promoting their title track “Trespass.” 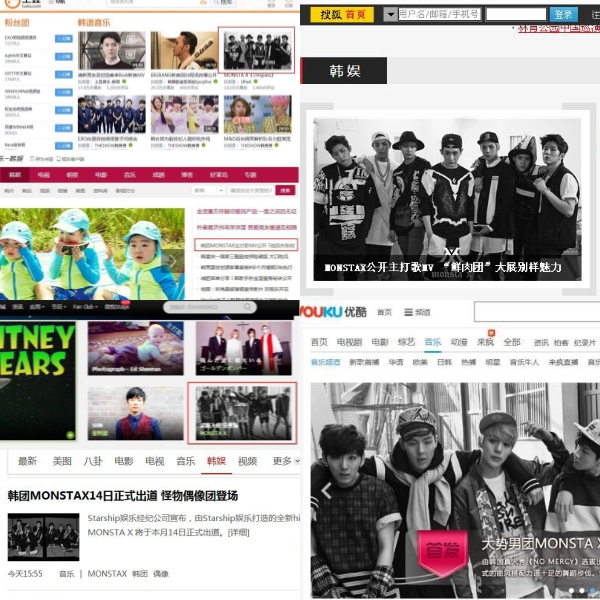