Actress Han Hye Jin revealed an incident from her childhood that she carries around to this day.

Hye Jin appeared on a recent episode of SBS‘s My Ugly Duckling, where the topic of discussion was overcoming past fears. After hearing the other guests explain their fears Hye Jin discussed her fear of older men. She explains she was left traumatized after older men would wait for her outside of her school gate and follow her home. Hye Jin explains she decided she eventually took a different route to go home at night but was left with a fear of older men. 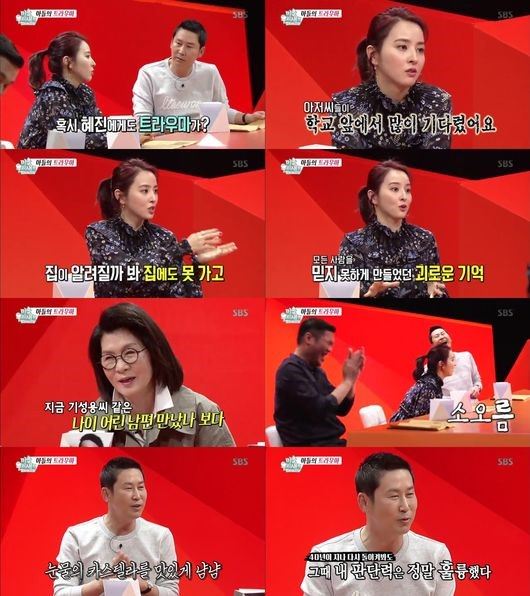 Oh My Girl‘s Yooa also recently revealed her childhood trauma from older stalkers but shocked everyone after clarifying this was also the reason she decided to become a singer.

The Money Issue That Often Breaks Up K-Pop Groups, According To Former Idol And Trainee