These idols have experienced some of the scariest stories come to life, and they live to tell the tale. Here are 7 terrifying true stories of celebrities who have actually encountered ghosts in real life!

As a trainee, Taemin would stay way late into the night, practicing in the training rooms by himself. One night as he was practicing, he heard music coming from the practice room at the end of the hall. Wondering who was practicing so late, he walked over to see who’s inside. But the room was empty! He quickly shut the door and ran away. Just as he was sprinting for his life, he suddenly heard a loud “BANG!” come from the same room. He said it sounded as if someone suddenly slammed their hands onto the keyboard. 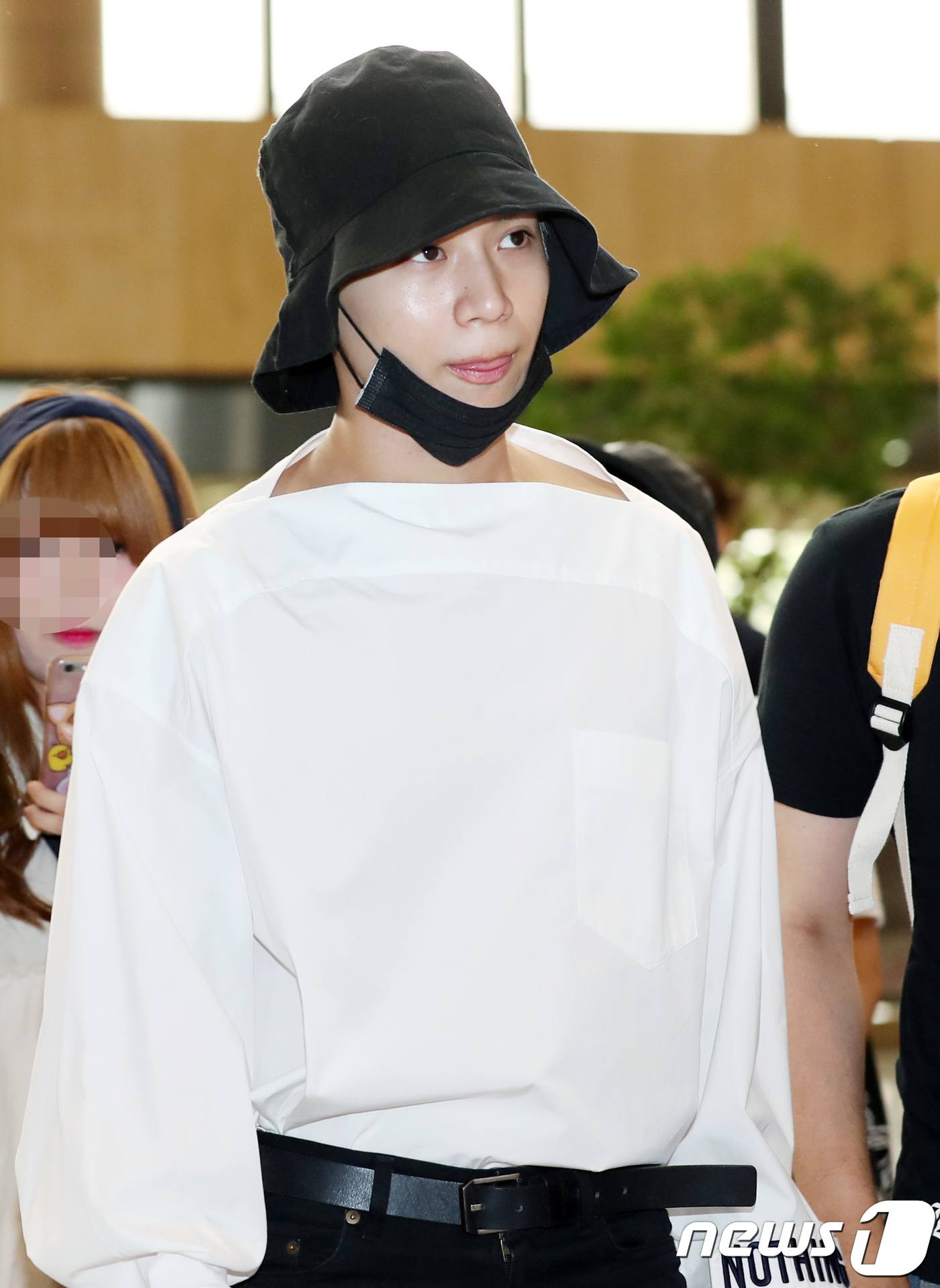 IU was alone in her dorm when she woke up from a nightmare. She woke up to find a ghost standing in the corner of her room. She described the ghost as a girl with long, wild and messy black hair, wearing tattered clothes. The ghost slowly lifted her head and IU was shocked out of her wits! The ghost had the same face as IU! She was so scared that she even moved out of the dorm after the incident. 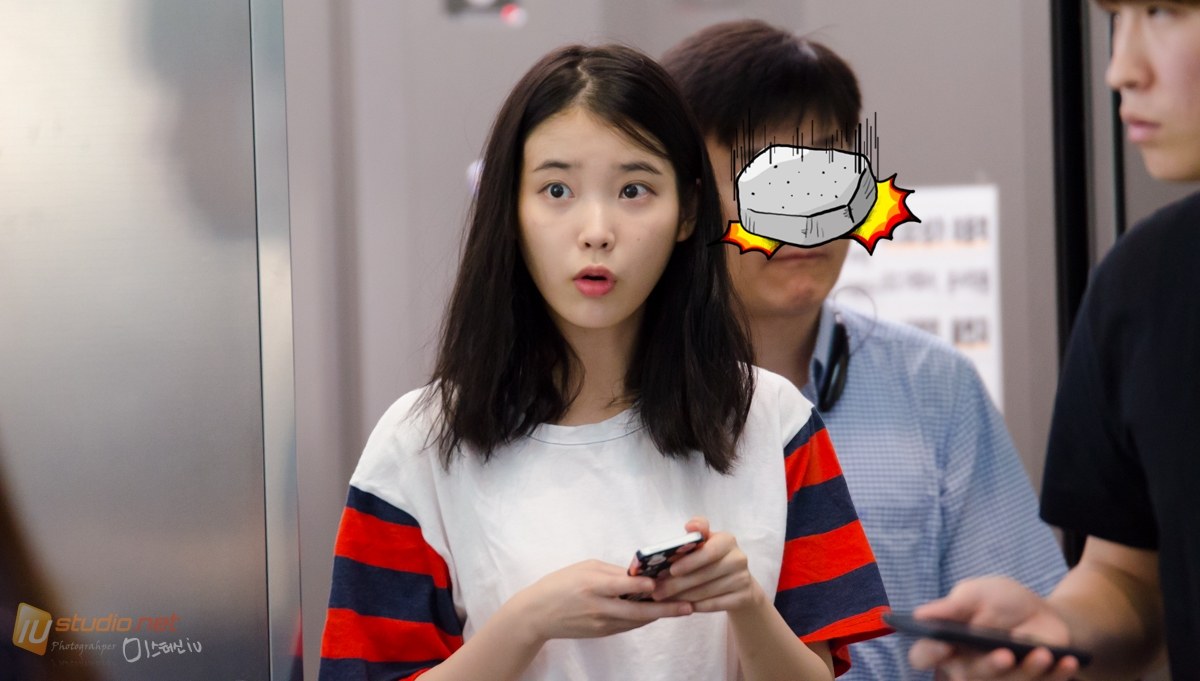 Henry never believed in ghosts until he witnessed one himself! He was sleeping in his new home when he heard something strange. He also felt a weird presence around him. He opened his eyes, and found a smog-like ghost right by his side! The smog creature haunted him for 3 days straight, so Henry called Kyuhyun for help. Surprisingly, Kyuhyun knew of someone who witnessed a similar ghost. He referred Henry to actress Kim Jun Hee. When Henry described his situation to Kim Jun Hee, she revealed something chilling… She had lived in the same exact apartment as Henry! 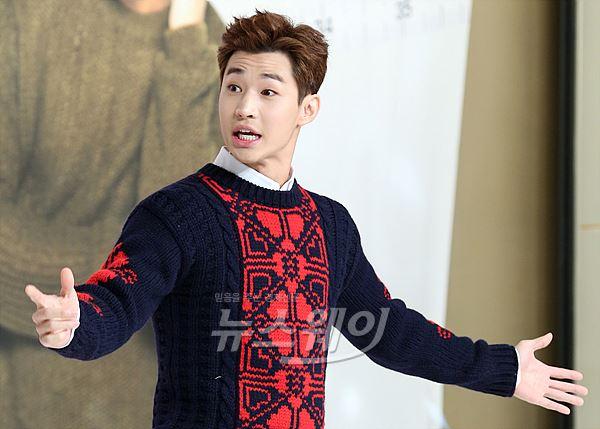 Girls’ Day Minah was showering late at night when she heard the bathroom knob turning multiple time. It sounded as if someone was trying to open the door. Thinking it was one of her members, she cried out, “What?” But no one answered. She continued to wash her hair when suddenly she heard loud bangs on the door as if someone was kicking it! She carefully opened the door thinking it was a member, but everyone was sleeping. Sojin also had a similar experience. She was showering in the same bathroom one day, when all of a sudden, she heard someone scream “Hey!” right into her ear! All of the members revealed that they felt the bathroom was haunted. 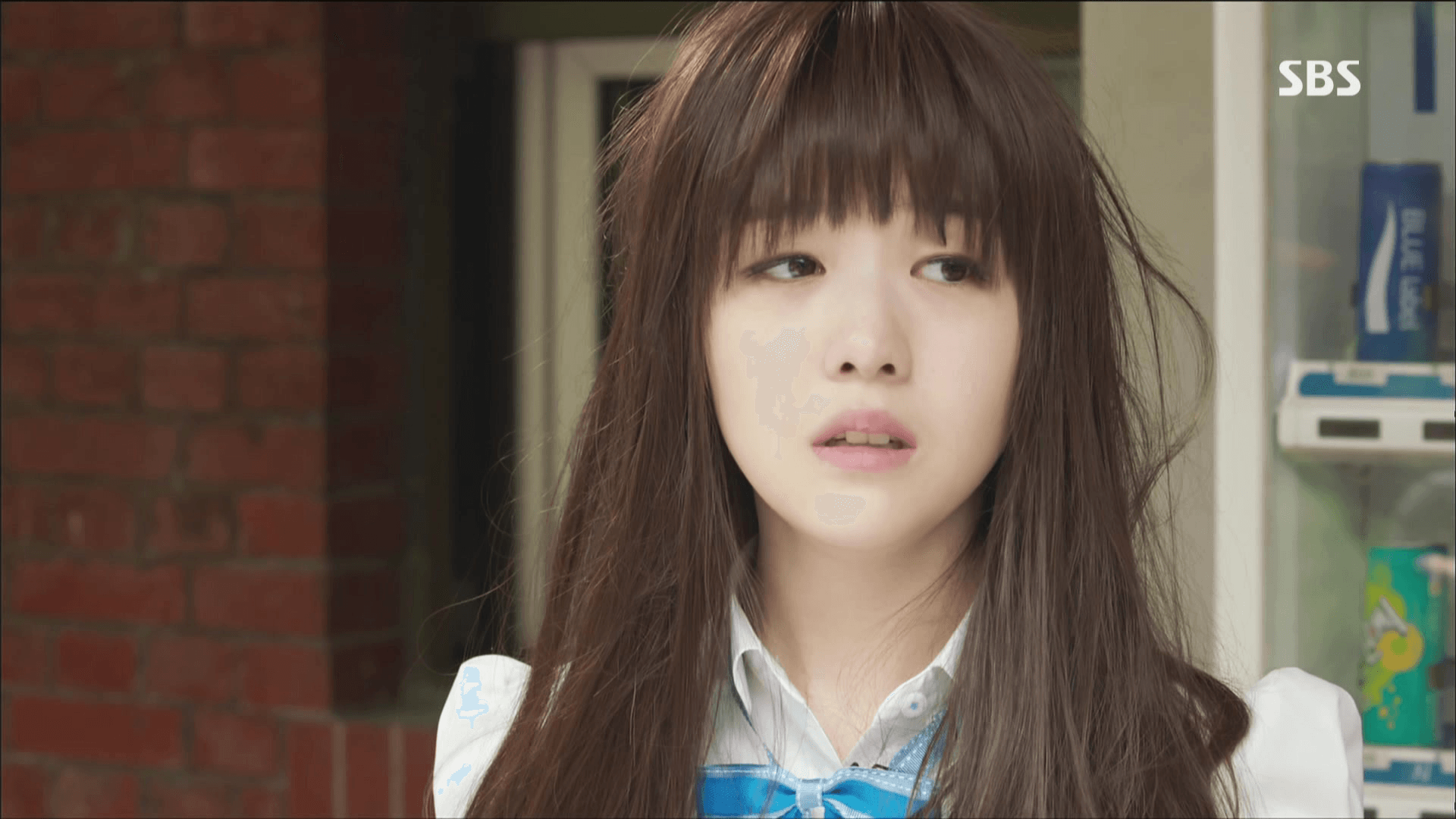 Eun Jiwon was on the road late at night while studying abroad in Hawaii. They were driving down a highway when they saw a woman walking on the side of the road. Thinking of her safety, they slowed down to ask if she needed a lift. But as soon as they rolled the window down to ask, the girl suddenly grabbed onto their car and started screaming at them in a monstrous voice! Scared for their lives, the driver quickly stepped on the gas and sped away. But the scarier part was that they turned around to see the girl chasing after them at an incredible speed! 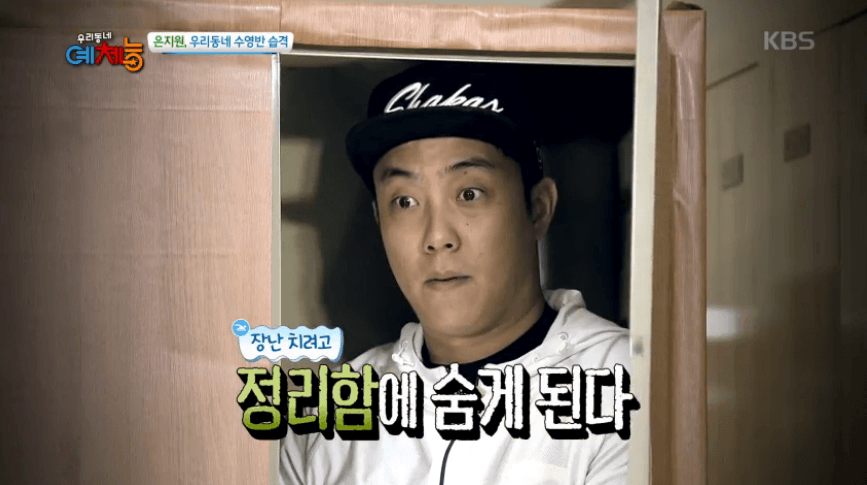 Kim Shin Young was at a small theater when she heard the sound of someone running at the back of the stage. She parted the curtains to see who it was when she found a newborn baby. When she made eye contact with the baby, the baby’s facial features suddenly turned upside down! She quickly ran away, and says she still remembers the baby’s face clear as day! 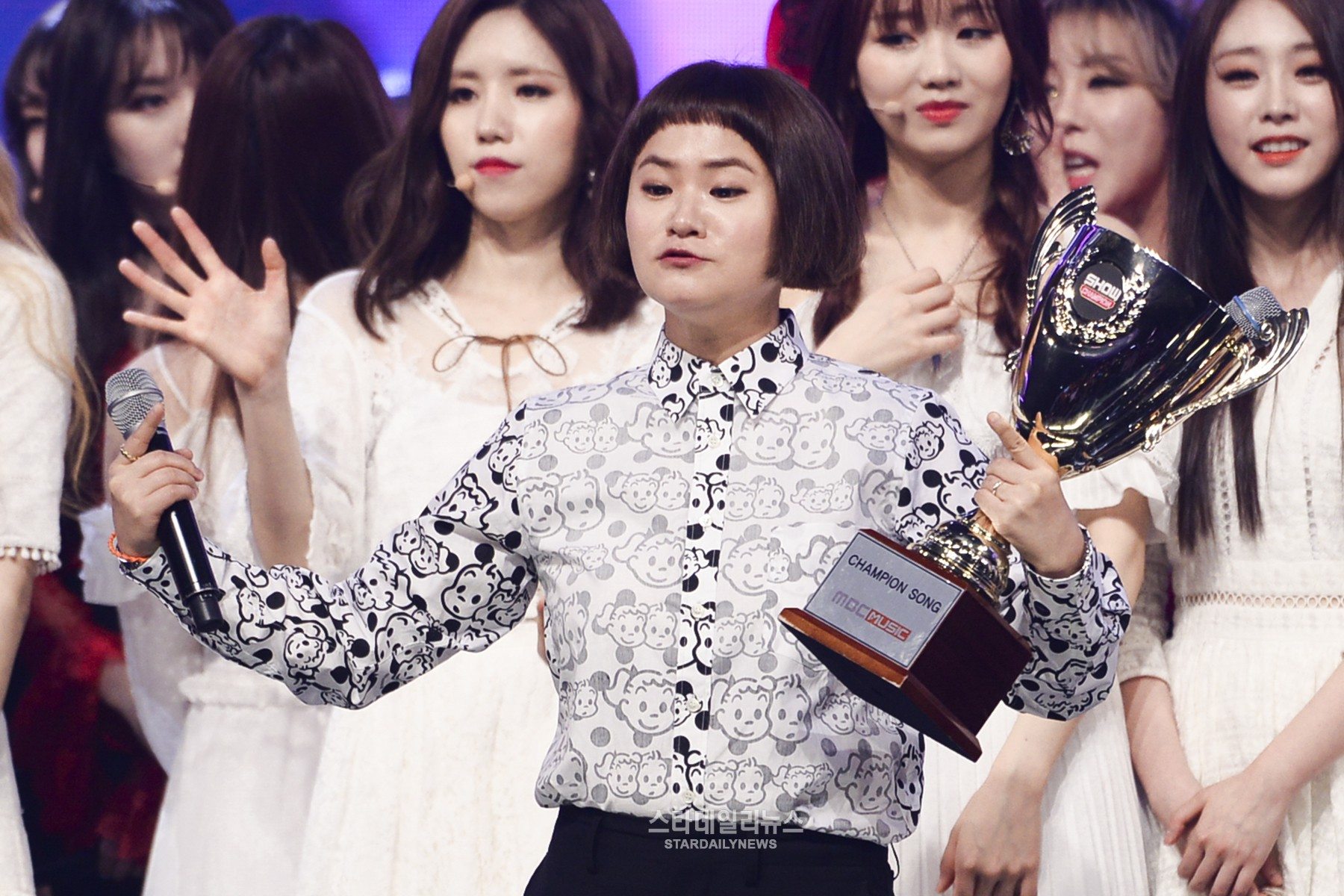 Lee Ji Hoon was often in charge of guarding the ammunitions during his military service. He was guarding the room as usual when he saw something hairy roll into the room. But the black ball of hair rolled right into his eyesight and Ji Hoon was shocked out of his mind when he saw what it was! It was a severed head of a ghost with long black hair, no eyes and a wide ripped open mouth! Ji Hoon fainted right on the spot. He revealed that he’s had claustrophobia ever since his encounter with the ghost. 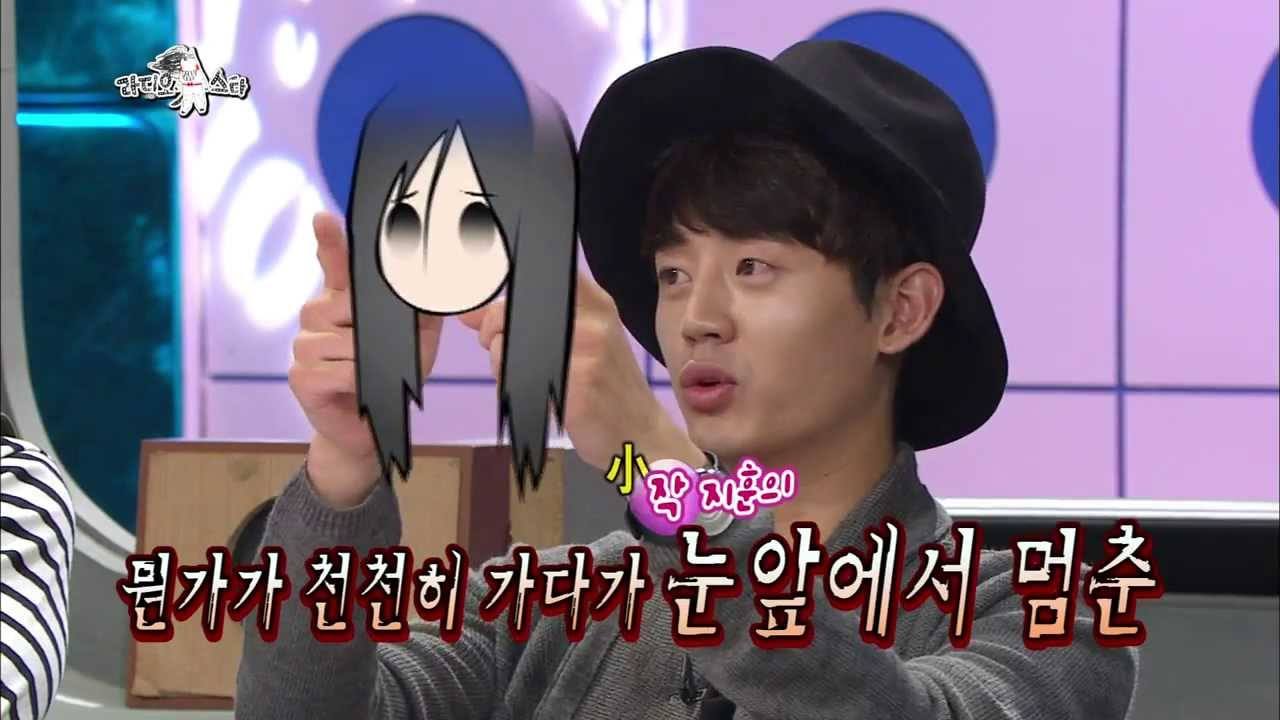