Following the teasers for leader Sumin and sub-vocalist Nahyun, the rapper line of SONAMOO has shown off their new candied and colorful hair in their newly released images!

Published on July 9th, low rapper D.ana reveals her unusual violet colored hair, creating a mysterious aura around herself as she poses with an indifferent facial expression and exposing a mysterious tattoo found just below her elbow.

On the other hand, high rapper New Sun shares a motherly smile, looking quite playful with her hot pink hair as she gently stares at the camera from the fence.

The duo known as SONAMOO’s rapper-line, it was revealed that both D.ana and New Sun took part of the second mini-album Cushion as lyricists, showing their musical growth. 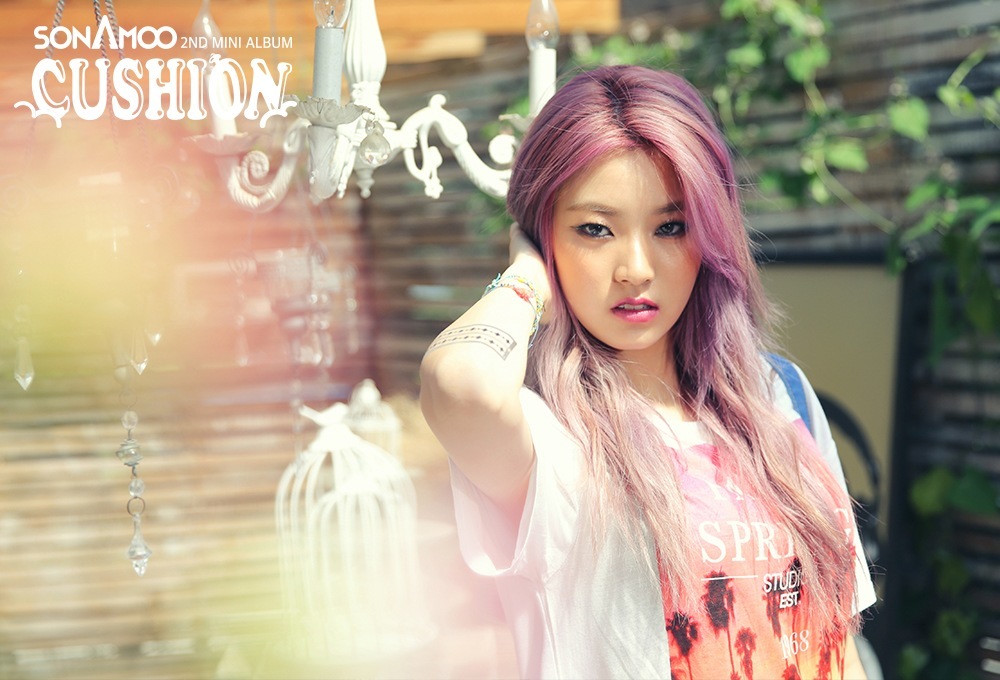 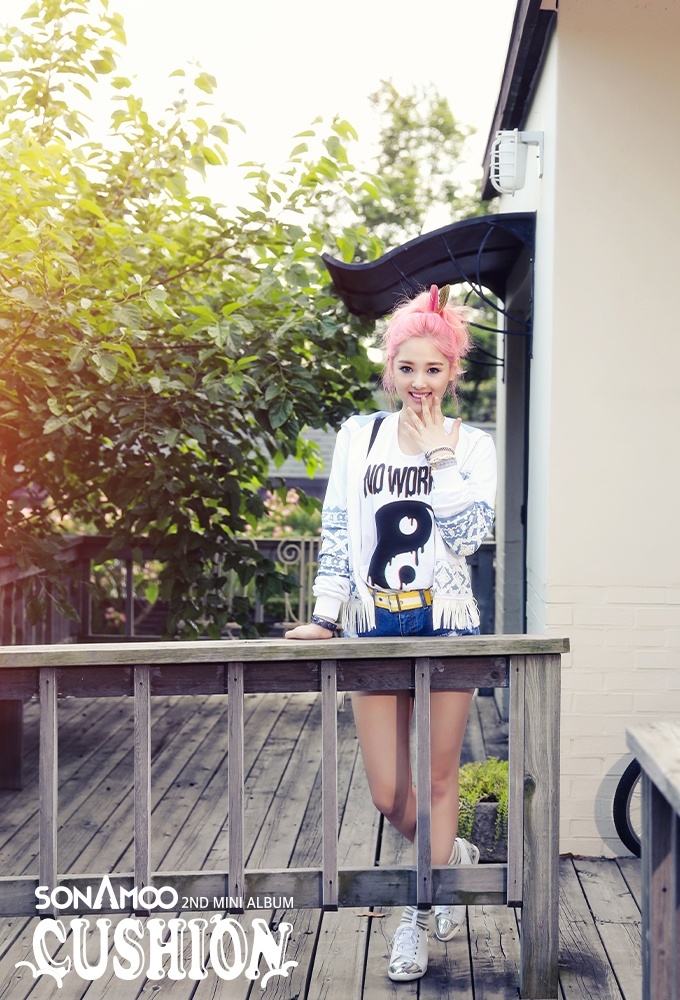