ARMY and netizens have grown to acknowledge the producing ability by listening to his songs. But could we have actually been underestimating his ability?

Titled “What is This Regarding BTS Suga???” here is the direct translation of the post and comments below. 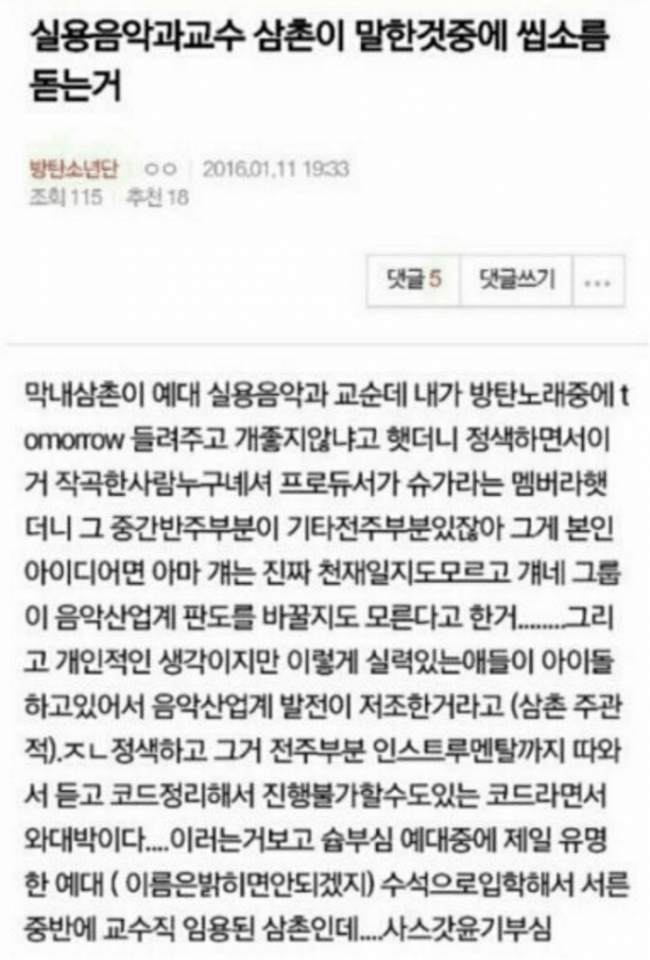 Title: What My Music Professor Uncle Said Regarding BTS Sugar

My younger uncle is a professor in a art’s school regarding music. I turned on BTS’s “Tomorrow” and asked him how he thought of the song. He suddenly put his serious face on and asked me who the producer of the song was. I told him it was produced by one of the members named Suga. Then he mentioned of the middle accompaniment and the guitar part and that if Suga was the one who created that part, he might be a genius and that he may change the music industry as a whole…. And he added that since these talented and gifted members are being idols, the music industry will never improve. (Of course it is just my uncle’s opinion). He even listened the instrumental parts separately and then he claimed it was daebak… He currently works at one of the top universities in art. (I won’t reveal the university) He is in his mid 30’s but he is already a professor at a university.

“Suga was this good???? I know that people acknowledged his skills but please tell me more of his songs!! Happy Lunar New Years everyone! haha.”

[ +133 / -20] Another thing I like about him is that he is so manly. He isn’t too handsome but due to his personality, he seems handsome to me 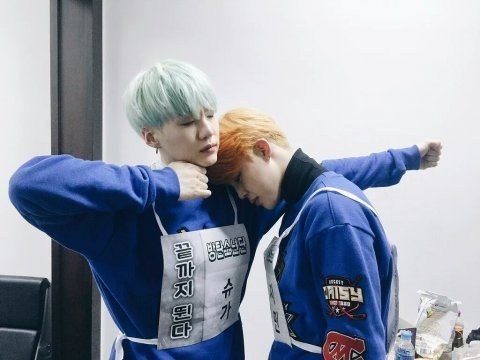