Netizens stand up for Girl’s Day Hyeri after alleged anti-fans accuse her of being rude towards Girls‘ Generation on the latest episode of Music Core.

With Girl’s Day being a hot topic lately regarding their alleged rudeness on various programs, yet another alleged anti-fan has posted a blog on Pann regarding Hyeri’s perceived rudeness towards Girls’ Generation. This time, however, netizens have gathered to protect Hyeri from the allegations and to put a stop to the Girl’s Day witch hunt.

Originally titled “Is Hyeri showing anger towards Girls’ Generation,” an alleged anti-fan posted a photo of Girl’s Day members as Girl’s Generation’s win was announced on Music Core. While the other three members were smiling, Hyeri is seen with an emotionless facial expression. Here is the direct translation of the post and netizens’ comments below: 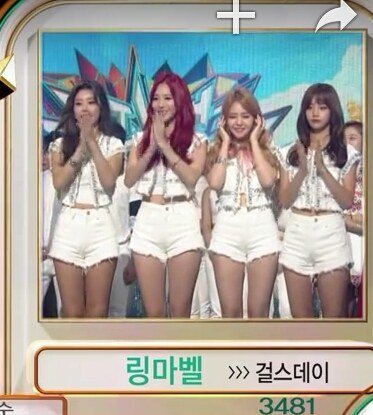 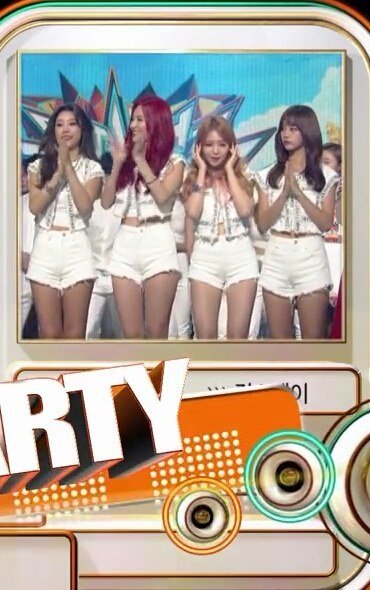 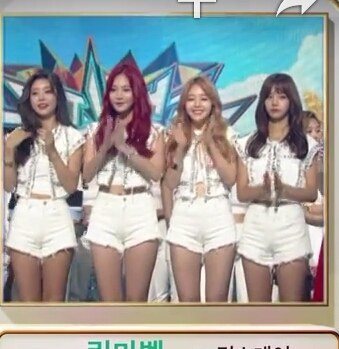 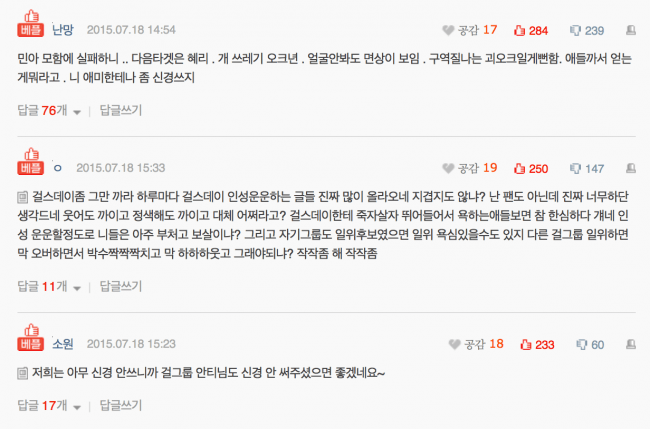 [ +284 / -239] After failing to bring down Minah… next target is Hyeri? You orc bitch. I can imagine your face without even looking at it. You probably look like a disgusting orc. What do you get from defaming them. Put that attention toward your mother.

[ +250 / -147] Stop trying to damage Girl’s Day. Aren’t you tired of trying to defame them with all these posts? I’m not even a fan but seriously I feel this is too much. What do you want them to do? I feel bad for those people constantly trying to defame Girl’s Day. Are you so innocent and nice that you have the right to insult them? And if their group was nominated for first place, they have the right to be a little upset of disappointed. Do you want her to over react and clap really hard while laughing? Enough is enough.

These Are The 30 Best Female Rappers In K-Pop, According To Over 2 Million Votes