Originally posted on Pann, netizens discuss the scheduled protest regarding legalization of rape.

Titled “This Rape Legalization Protest is Serious,” here is the direct translation of the post and comments below.

“Here is the summary of what is going on.

Some group is planning to host protests all around the world on February 6th to legalize rape and South Korea is included as well. I think it will be around 8 PM but i am not sure. It’ll be hosted in Jonggak station exit number 4 in front of Boshingak Belfry.

Don’t go close to Boshingak nor exit number 4 and go around to another place.

Translation: “I saw on Tumblr and Twitter that some people are gathering up all around the world in February 6th to legalize rape by trying to rape women. I saw the link and I’m not sure if they will actually do it but please be careful since it is planned to be hosted in South Korea on February 6th at Jonggak station exit 4 in front of the Boshingak Belfry.” 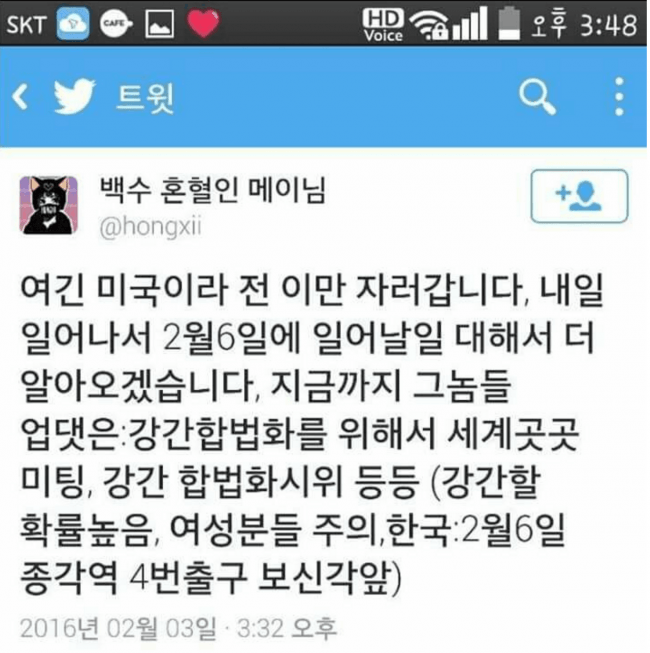 Translation: “This is the U.S so i’m going to sleep and will try to find more out about what exactly is happening on February 6th. Their update is this: in order to legalize rape all over the world, they will do protests. (Rape is highly likely so please be careful ladies. South Korea: February 6th Jonggak station exit number 4 in front of Boshingak Belfry.)” 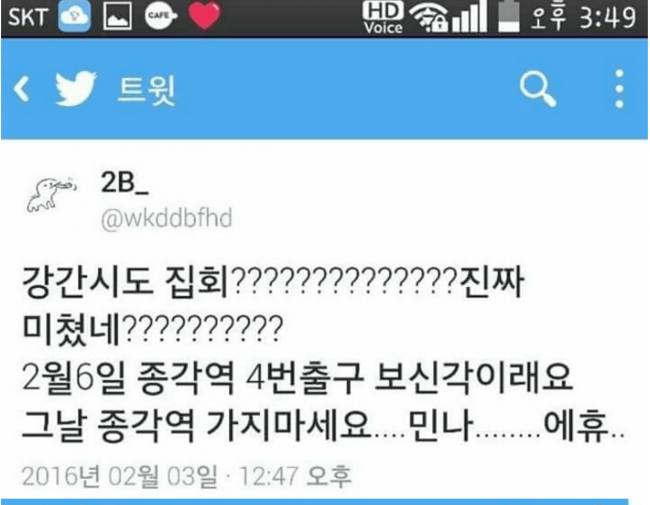 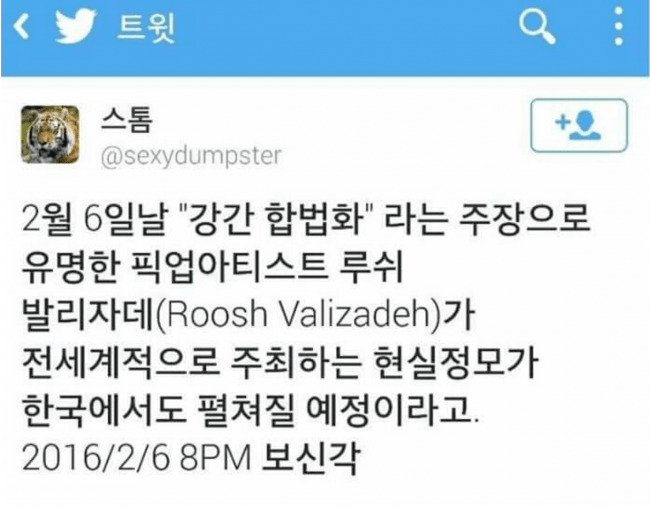 Translation: “On February 6th, followers of pick up artist Roosh Valizadeh will protest in order to legalize rape all over the world. It is planned to be hosted in South Korea as well. In front of Boshingak Belfry on February 6th 8PM.” 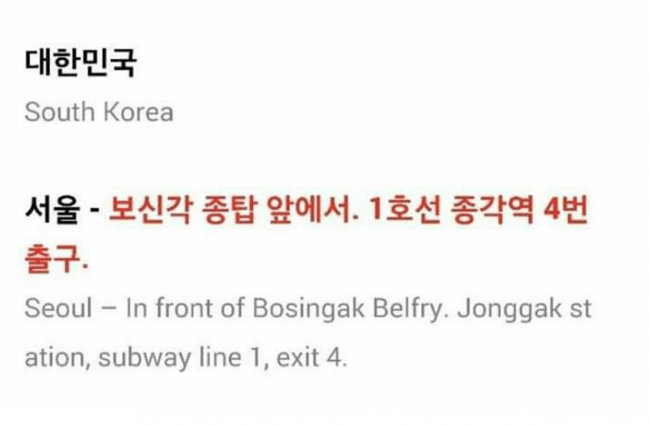 [ +381 / -3] I heard in the U.S this guy who raped a child was beaten by all around the cities by being dragged ^^ I hope our country learns from that too

[ +334 / -4] That pick up artist’s claim is that women will careful more once rape is legal haha Did you ever have sex alone? Why does the girl have to be shamed for having sex and not the men? A guy like him needs to be raped but sexually harassed by a stronger woman and be shamed for being a man not taking care of himself.

[ +222 / -3] I heard this is true…. If someone asks “where is the animal hospital,” then someone will answer “it is right here.” This is the secret code amongst members.

BTS Take A Trip Down Memory Lane, Spilling TMI On Some Iconic Moments From Their Early Career