With multiple members BTS suffering from injuries from separate occasions, fans have been berating Big Hit Entertainment for overworking the group.

BTS has been doing extremely well this year, joining the ranks of popular male groups such as EXO in terms of popularity. However, fans have grown concerned for the group after a string of injuries that have plagued the group lately. ARMYs (fans of the group) have definitely noticed that the group has been attending a lot of events lately, from concerts to fan signing. Attending many events means that fans can see the group live more often, but fans are noticing that the members are becoming more and more noticeably overworked.

Big Hit Entertainment recently cancelled two concerts in Japan after members Suga and V were revealed to be in too poor condition to perform. Despite initial relief that the members were allowed to rest and recuperate, however, fans were furious after see the group performing at the SBS Gayo Daejun just days later. Fans became even more furious after leader Rap Monster injured himself during rehearsals and was unable to perform with his group at the KBS Gayo Daechukje later in the week. 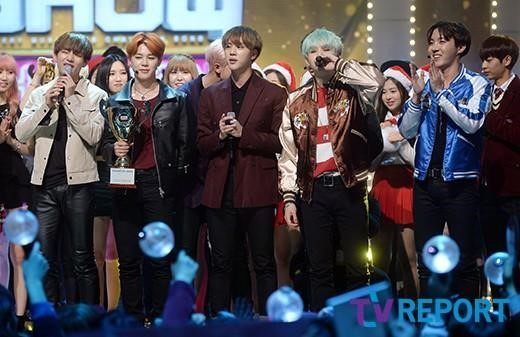 [+ 3204, – 89] I’m a non fan but Their schedules literally look like it has no break…work is good but I guess the agency doesn’t realize health comes first…