Although many fans were happy for the couple when news first broke out, many netizens have expressed negative feelings towards EXID‘s Hani and JYJ‘s Junsu.

After the relationship received initial positive response from fans, however, netizens discovered comments from both the idols that have caused many fans to feel betrayed by the couple. Many netizens stated that they don’t mind the two idols dating, but shared the sentiment that they feel betrayed because Hani was not being truthful. Several fans of the EXID member referred to a recent response Hani gave in an interview, where she specifically said she wasn’t dating. 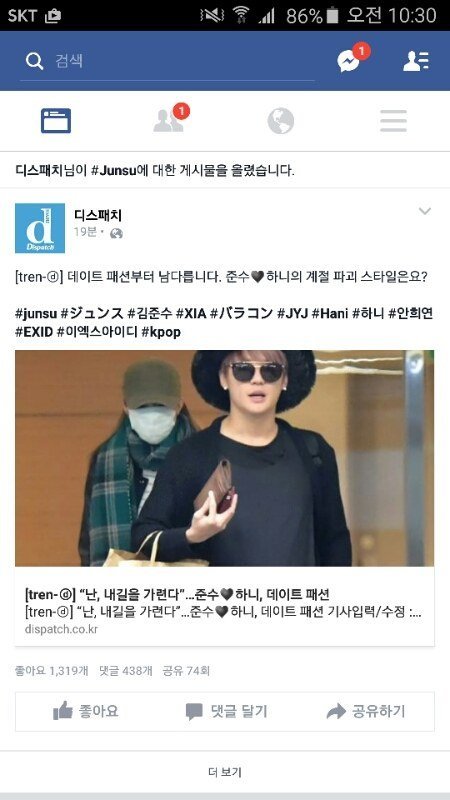 [+ 425, – 284] I’m an Hani fan but honestly I feel betrayed. I don’t care that she’s in a relationship but until recently she said she’s not dating in interviews and even said she’s feeling lonely because it’s fall ㅠㅠ. A lot of women criticized Hani saying she’s pretending to be open and honest and now I realize they were right. Women really know women best

[+ 366, – 22] Hani needs to be thankful to that fan that took the legendary fancam. Thanks to that she now has popularity, money and is dating the singer she used to be a fan of…