EXID‘s Hani recently attracted a lot of negative attention after many netizens accused her of overreacting and constantly crying on broadcasts.

Despite many complaints, however, the Banana Culture singer was seen crying once again on an upcoming episode of Star King through a preview that was recently aired. Upon seeing Hani shedding tears once again, netizens criticized the singer for her attempts at garnering sympathy, with many adding that her tears have become rather comedic than sad. 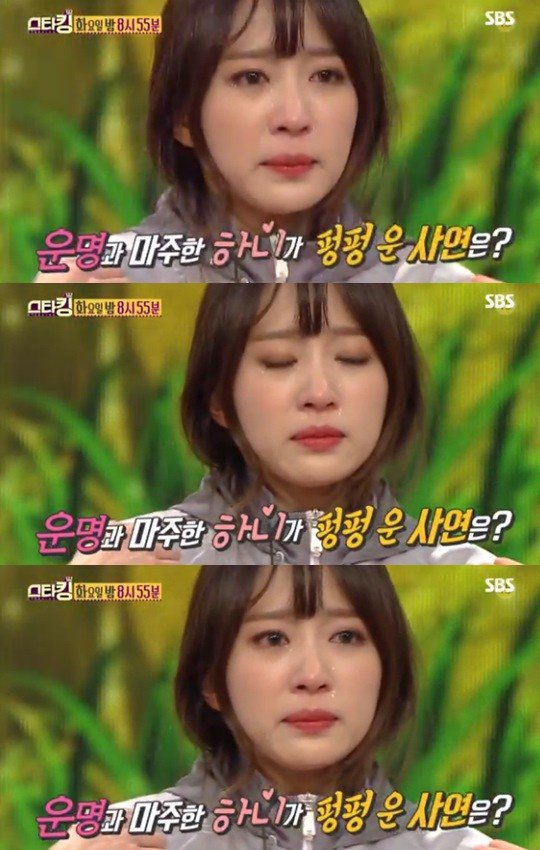 [+ 386, – 68] You lived in a fairly wealthy neighborhood of Gangnam and your parents are professors….how hard could your young days have been that you cry eating a croquette…..we can only scoff at you…seriously just stop