And although both singers recently shed tears on broadcasts, some netizens were confused at how differently viewers reacted to their tears. While many sympathized with Hyeri, Hani has been criticized for her incessant crying, with many accusing her of faking her tears. 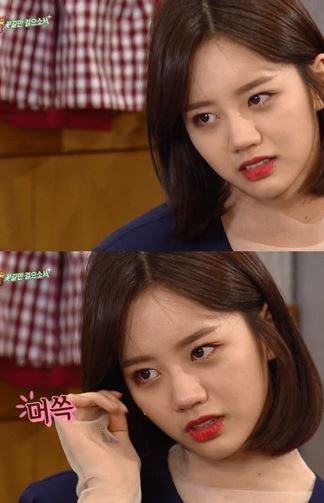 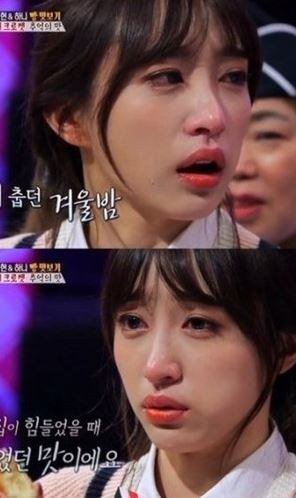 [+ 351, – 3] Hyeri didn’t cry while eating bread ㅋㅋㅋㅋㅋ she cried because she was talking about her late grand mother. There’s nothing wrong with that

[+ 332, – 2] Hyeri wipes her own tears but Hani just keeps going even when people offer her tissues

[+ 318, – 6] Hani cried 12 times on ariety shows. Hyeri tried not to cry talking about her late grandmother but couldn’t hold it in. I don’t like Hyeri but I hate seeing Hani whine more. There are people going through worse things…sigh