During WINNER’s last performance of “Immature” on M Countdown, member Lee Seunghoon pants ripped live on television. Many fans felt bad for him and laughed at the incident at the same time. But did Seunghoon know this was going to happen before the stage?

Originally posted on Pann, netizens claim Lee Seunghoon is a prophet by knowing what was going to happen on stage.

Titled “Lee Seunghoon Seems Like a Prophet,” here is the direct translation of the post and comments below.

“During their comeback performance on M Countdown, there is something written on Lee Seunghoon’s arm 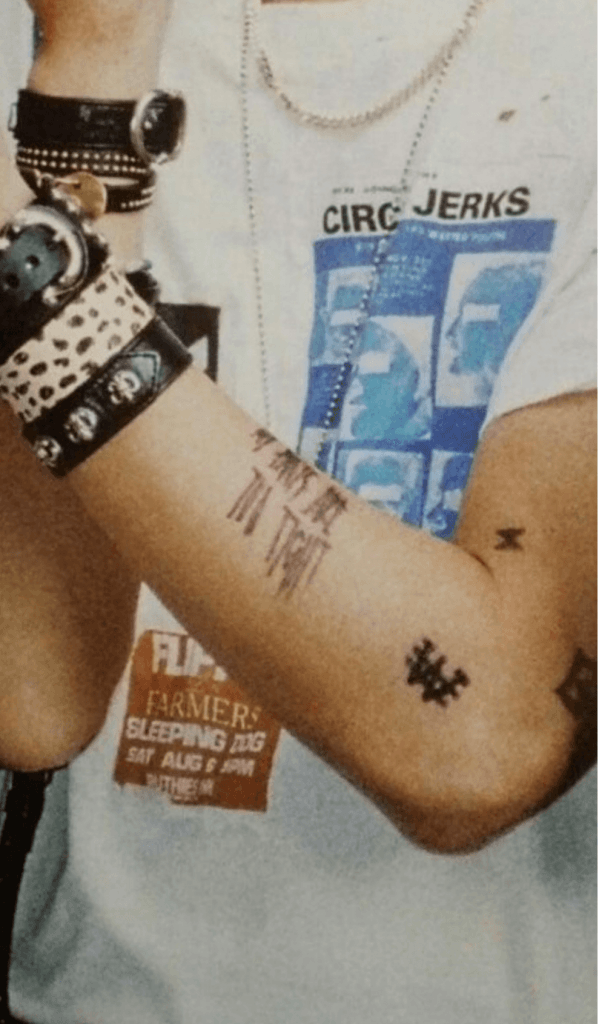 My pants are too tight. 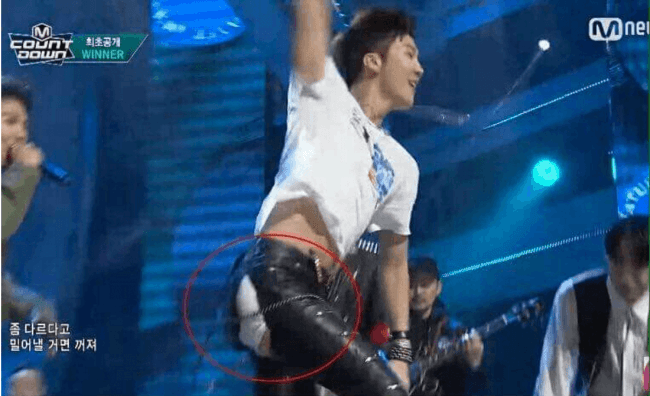 ‘Hello, I am A team’s ace Lee Seunghoon, yum yum'” 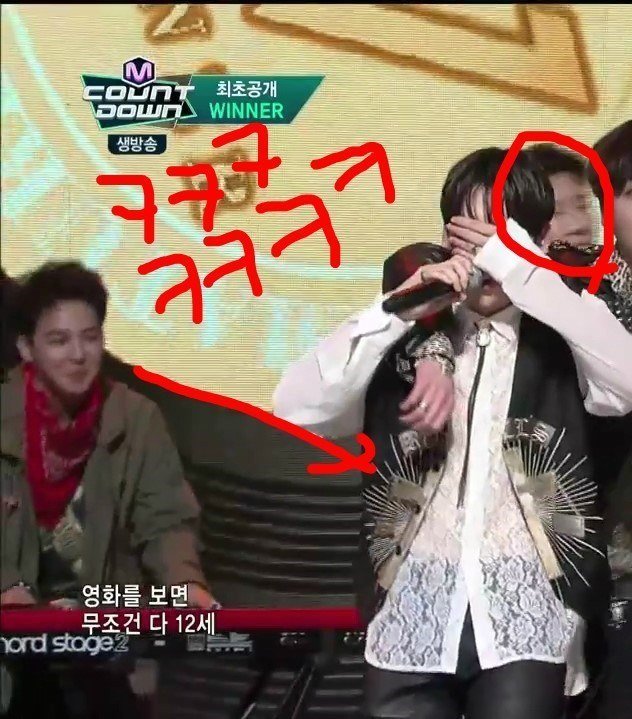