Lee Hye Won posted a picture of two books, The View of Days I Want to Return To and The Flower River with the caption, “When Riwon saw me reading the comments, she got so startled that she turned off the computer and was about to break it…We then embraced each other tightly and cried for a long time, with heated tears that burned more than ever before…This was something I had experienced 14 years ago…I know how much it hurts…I feel sorry again and again and again…I said, ‘Mommy is so sorry… I’m sorry… Riwon…’ and she replied, ‘Mom… My name is not Ahn Jung Hwan’s daughter, it’s Ahn Ri Won…’ and I felt so sorry again for making her go through the same experience I had gone through myself when I lost my identity… When I said, ‘But at least your father is a father you can be proud of…,’ she answered, ‘I know.’ The tears that fell from her eyes made me feel insignificant…”

Lee Hye Won, married to Ahn Jung Hwan, current MBC soccer commentator and former Korea national soccer team player, posted the message to describe a moment she had with her daughter discussing the hardships her daughter is experiencing under the fame of her husband. She confessed that she also had a hard time when she first “lost her identity” and now realized that her daughter is also going through the same experience as her, being known as “Ahn Jung Hwan’s daughter” rather than herself.

Many people left comments giving encouragement and telling them that they should not acknowledge these comments, and that Ri Won should definitely not be defined only as her father’s daughter but as a separate person with an individual identity. 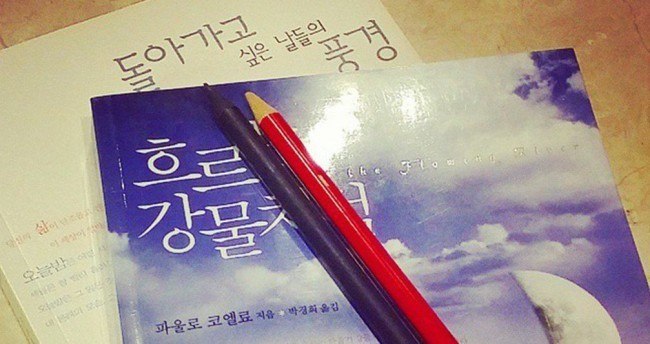