Earlier, we reported that Kai and Krystal were dating and that SM Entertainment confirmed the speculations. But did Kai start liking Krystal even before she started to have feelings towards him?

Originally posted on Pann, netizens discuss GIFs that shows Kai allegedly having feelings towards Krystal even before she did.

Titled “Days When Kai Liked Krystal,” here is the direct translation of the post and comments below.

this was during 2012 SM Concert. He keeps wondering around Krystal before holding her hands to say bye to the fans.

He holds her hands to say good bye. 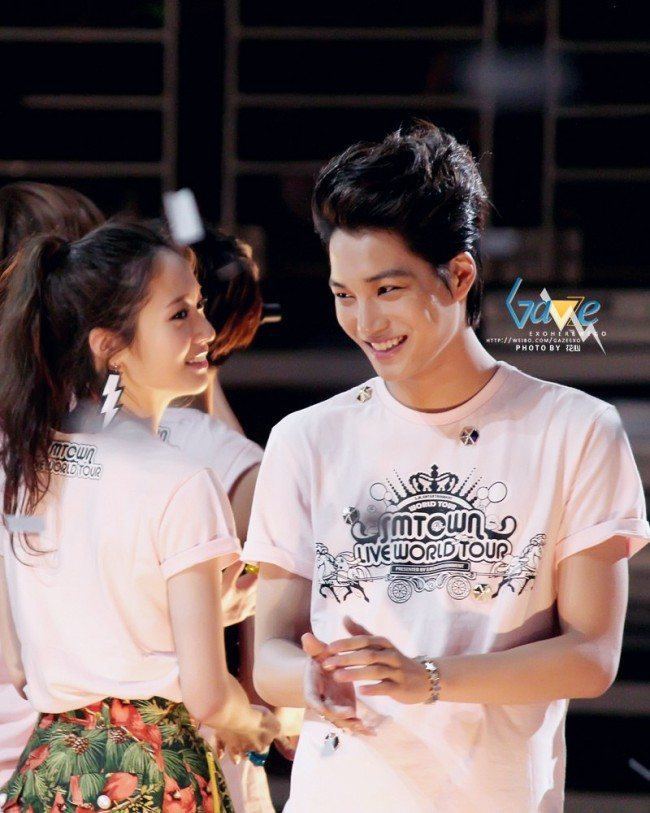