Despite being one of the top broadcasting channels in all of Korea, KBS has been performing poorly in terms of drama ratings.

With the year coming to a close, it appears that no KBS weekday drama will be able to average higher than 10% in viewership for the year. Despite boasting popular dramas such as Healer, Who Are You – School 2015, and Oh My Venus, the channel has not been meeting expectations in terms of ratings. Netizens have expressed their opinions on the issue, noting that the channel’s performance might be attributed to reasons such as poor plot lines or inferior picture quality. 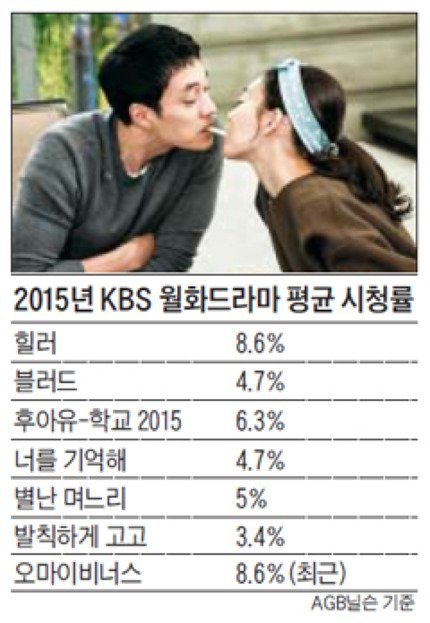 [+ 143, – 24] Healer and Oh My Venus were pretty good but the lead actors could have been better…but the impact wasn’t strong enough…

[+ 94, – 6] Healer and I remember you were masterpieces. They were even better than some movies in quality. I wonder why people didn’t watch them

BLACKPINK Jisoo’s Officially Has A New MBTI Type, And It’s So Different That Even She’s Shocked