Kangnam is dressed in a both hardcore and fashionable manner for his latest pictorial in The Celebrity magazine. He first puts on a large amount of dark makeup and styles his hair into a large wave. Kangnam also suits up in a leather jacket while picking at a strand of his hair. On his hands you can see a large variety of false tattoos which he uses to enhance his concept.

Kangnam then slicks his hair back to make it appear as though the wind was blowing towards his face. He wears a black and red turtleneck sweater and stares intimately at the screen. After changing his appearance for his fans, Kangnam wears a denim jacket over a simple sweater and reverts back to a more casual and everyday look where his hair is down in its natural style. He also has a large amount of freckles that are sprinkled across his face as he pouts at the camera.

M.I.B’s Kangnam recently revealed that he helped donate money to charity for children with disabilities and illnesses. He proposed an idea to raise 2 million won and award a random fan who contributes to the donation. 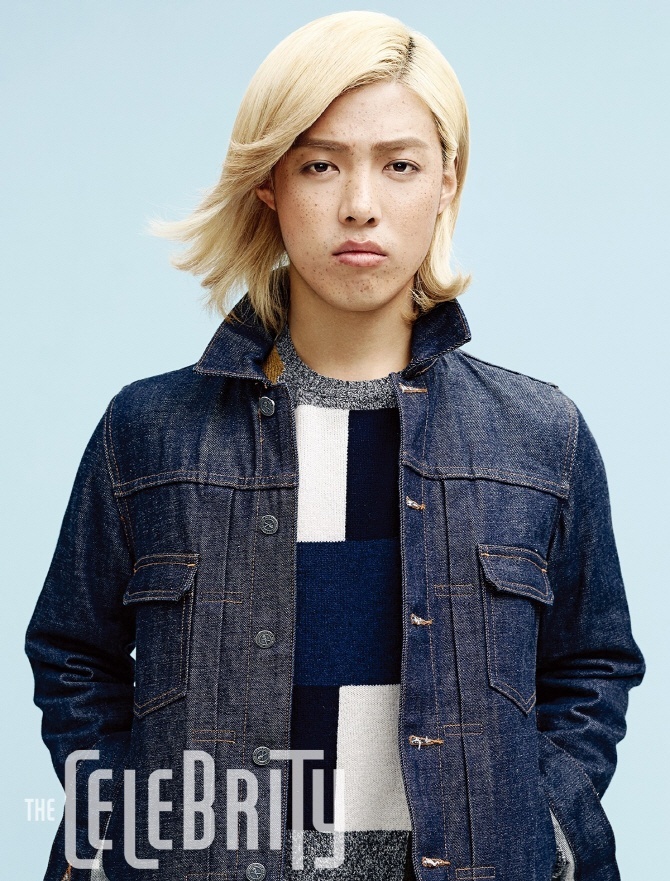