A recent post on an online forum has discovered alleged proof that Jessica and Krystal were planned to make a splash as a sister subunit.

The two supposedly had completed the music video filming, finished recording their album, and even planned a second season of their variety television show Jessica & Krystal.

The post reads: “The recording was done, music video filming was done and Jessica & Krystal season 2 was planned and it was all cancelled as Jessica left SNSD. such shame…” and quickly climbed to the top of the forums becoming an instant “BEST” category.

In the past, an alleged representative of their show also claimed, “Jessica and Krystal had finished recording an album. After recording their music video there were even plans to continue season 2 of ‘Jessica & Krystal’ but a setback occurred after her departure from her group.”

This post comes in light of the leaked nine-member version of Girls’ Generations “Catch Me If You Can” music video which included Jessica. It was released by insiders following the spread of various screenshots from the original music video. 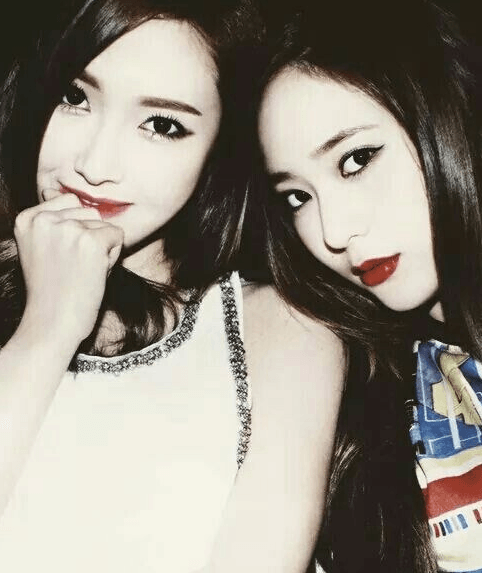 Netizens had mixed reactions in light of this rumor:

1. [+227, -262] Is Jessica some kind of a bitch to get such hate? I’m not a fan but you guys make me want to shield her ㅋㅋ It could’ve been the most important choice of her life and she had to give up a lot for her dream. Loyalty? Their span as a girl group was dying because they were turning into Dating Generation after all those dating news. Their value as SNSD was decreasing. They’re still the top girl group but do you think they’ll be the same after 3 years? 5 years? Do you think they’ll still have the most fans after 10 years? It’s not like she terminated her contract with SM, she’s still under SM. Jessica saw the future.

3. [+160, -21] It’s a waste… Can they just release it? I don’t like Jessica but I’m curious because a subunit of sisters sounds interesting.

4. [+67, -5] The most annoying idol ㅋㅋ It’s like a male idol bringing his girlfriend to schedules, telling his group twice that he’s gonna withdraw but changing his mind after starting his business. The members then tell him to focus on group promotions but he goes to America with his girlfriend. Coming back to the country just a day before their China tour. He gets mad because his group kicks him out right before the China tour (Chinese popularity is important for his business). He says on Weibo that he got kicked out by his members and make fans hate on the members. But what? Seeing the future? Future???? Fuck. Imagine doing a group project and a bitch comes with her boyfriend. She comes just before the presentation starts and pretends to be the victim and gets your group members hated. Tell me if she’s seeing the future ㅋㅋ