In the photo, Gong Hyo Jin is at the forefront and holding a sign that read, “Good work. Gong-lovely!!” In the background holding up V-signs are Chae Tae Hyun and his onscreen 1 Night 2 Days team.

Producer ended with 12 episodes as initially promised with the 12th episode getting aired on June 20th. However, a special episode will be broadcast next week on June 26th. 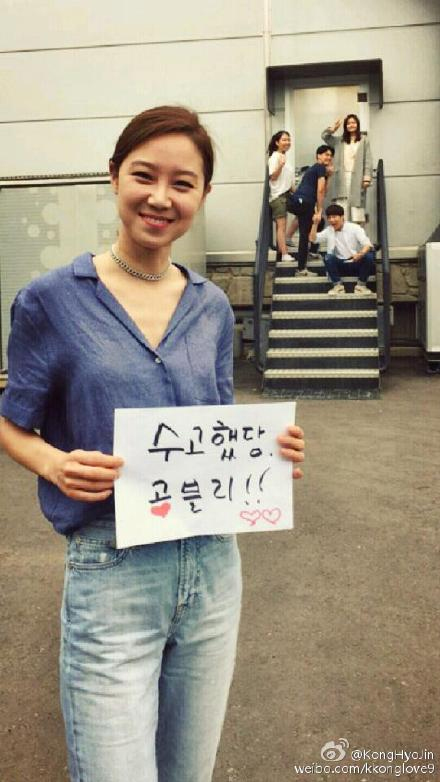