While the SM Entertainment artist has been criticized (and even parodied) time and time again for her risque photos, she’s once again found herself in the middle of a controversy after posting a photo of herself next to a bed of flowers. And while the photo may seem innocent at first, many netizens have accused Sulli of showing off too much skin in the photo, as she squats down in a white dress shirt. 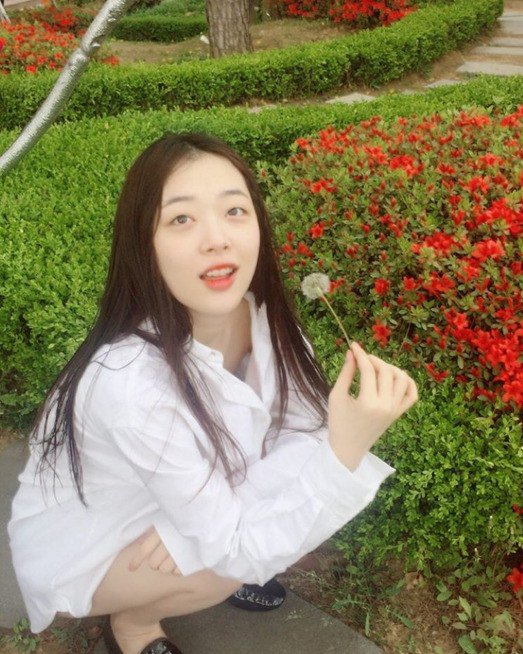