Sulli was spotted clubbing and enjoying herself. Photos of her were shared on various websites. 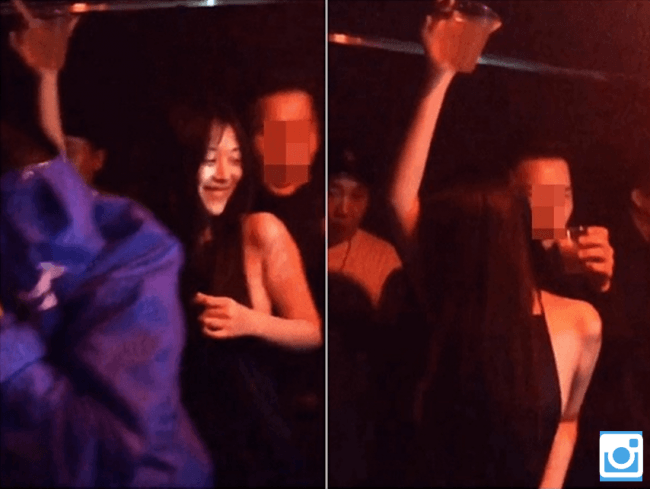 Wearing a black dress that revealed her sides, Sulli showed off her sexiness. She also showed off her dancing skills while holding up a alcohol beverage above her head.

Although she has been in involved in some controversies regarding her Instagram posts, she has continued to post photos with her boyfriend Choiza and drinking with her friends.

[ +641 ] I really think Dispatch is happy whenever writing about Sulli