Netizens and fans rejoice as reports of SEVENTEEN’s recent accomplishment

Group SEVENTEEN has gained a lot of popularity despite being a rookie group. But which of their recent accomplishment is making fans and netizens celebrate?

Titled “SEVENTEEN’s Excessive Media Play,” here is the direct translation of the post and comments below. 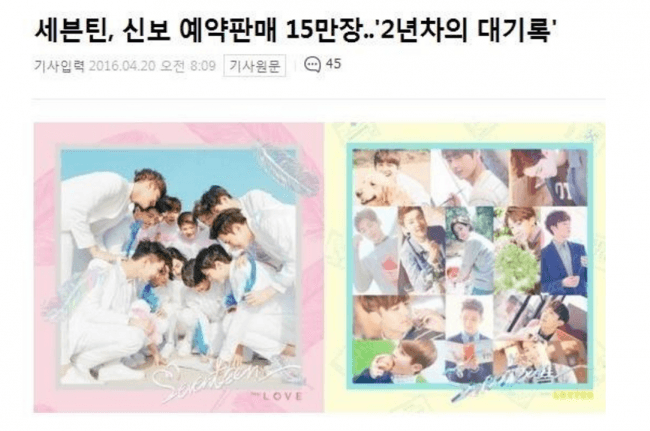 “SEVENTEEN Breaks Record Despite 2 Years of Debut. Sells Over 150,000 Copies In Reservation.

I hope they stop the media play;;