Coming back with “Call Me Baby,” EXO takes home their third win from their most recent performance on M! Countdown.

After taking home the trophy on Inkigayo and Show Champion, EXO made their third win with “Call Me Baby” on April 9th on M! Countdown. Going head to head with miss A and their song, “Only You,” they were able to take home the first place trophy.

With 7745 points, EXO’s “Call Me Baby” defeated miss A who came close with a score of 7251. Showing respect to their fellow groups, the members bowed to each of the singers on stage before giving a quick encore of their performance.

Upon gaining first place, fans congratulated the group through Twitter with the hashtag, #CallMeBaby3rdWin which trended at #2. While performing with the absence of Lay and Tao, they still continued to pull a powerful performance on stage with the fans singing along in the audience.

Other acts to take the stage included FTISLAND, JJCC, FIESTAR, and Red Velvet.

Check out their winning performance below: 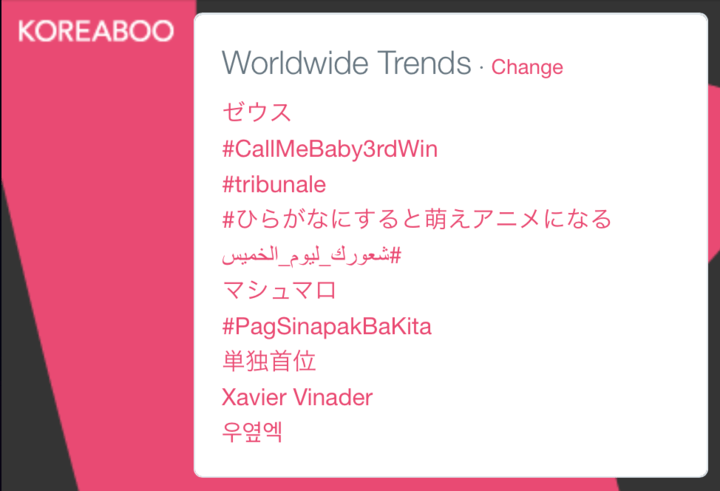